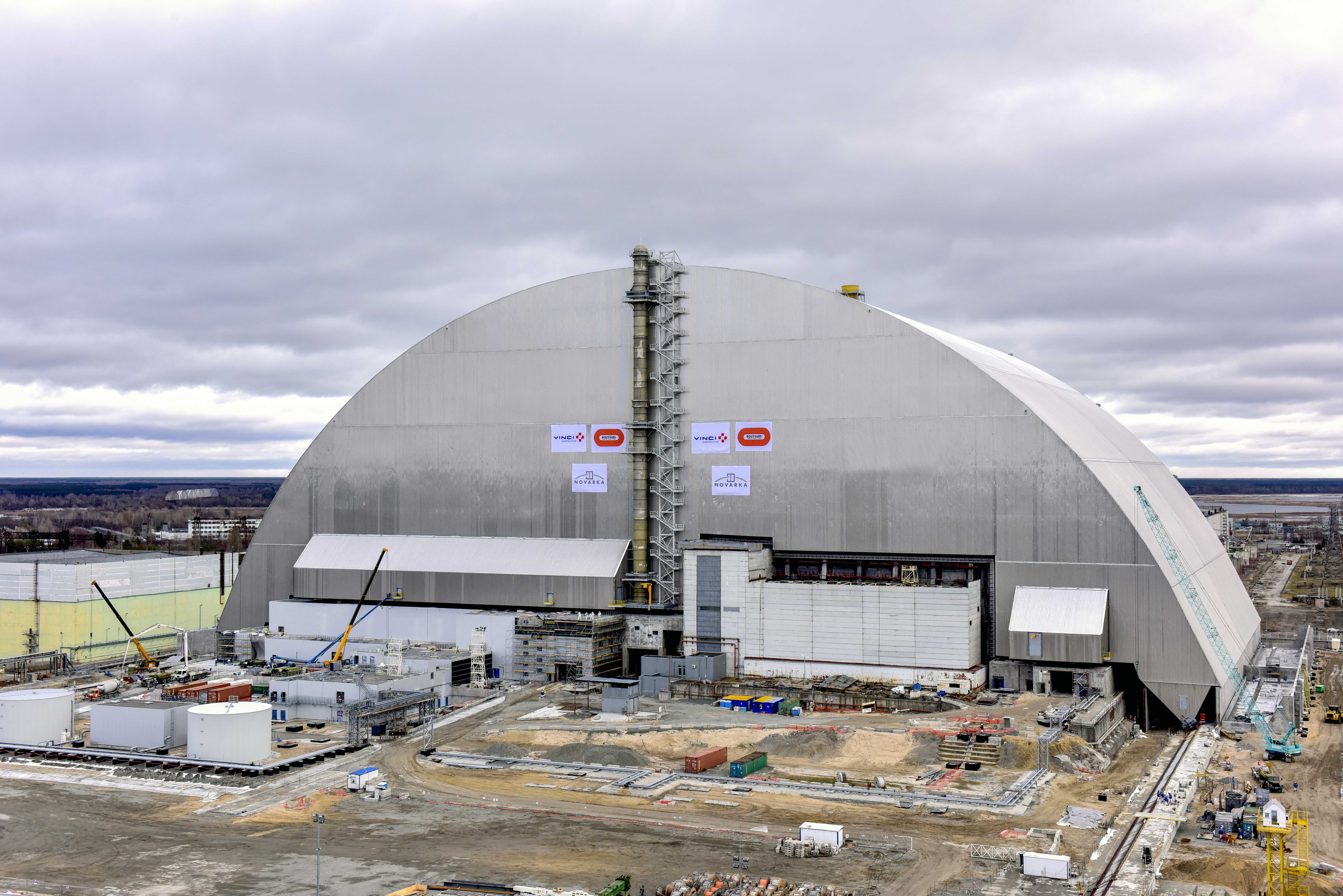 A ceremony in Chernobyl today marked the successful conclusion of the sliding operation, a key milestone before the finalisation of the international programme to transform Chernobyl into an environmentally safe and secure state by November 2017.

Thirty years after the nuclear disaster in Chernobyl, the radioactive remains of the power plant’s destroyed reactor 4 have been safely enclosed following one of the world’s most ambitious engineering projects.

Chernobyl’s giant New Safe Confinement (NSC) was moved over a distance of 327 metres from its assembly point to its final resting place, completely enclosing a previous makeshift shelter that was hastily assembled immediately after the 1986 accident.

The equipment in the New Safe Confinement will now be connected to the new technological building which will serve as a control room for future operations inside the arch. The New Safe Confinement will be sealed off from the environment hermetically. Finally, after intensive testing of all equipment and commissioning, handover of the New Safe Confinement to the Chernobyl Nuclear Power Plant administration is expected in November 2017.
Sir Suma Chakrabarti, EBRD President, commented: “We welcome this milestone in the process of the transformation of Chernobyl as a symbol of what we can achieve jointly with strong, determined and long-term commitment. We applaud our Ukrainian partners and the contractor and we thank all donors to the Chernobyl Shelter Fund whose contributions have made today’s success possible. The spirit of cooperation gives us confidence that the project will be completed on time and within budget a year from now.”

Novarka Project Director Nicolas Caille said: “We are very proud to have been able to actively contribute to meeting this one-of-a-kind technological challenge. The New Safe Confinement in Chernobyl is a feat of engineering that will ensure optimal safety conditions for the Ukrainian people for the next 100 years. I would like to take this opportunity to commend the achievement of the teams of the Novarka joint venture formed by major French groups VINCI Construction and Bouygues Construction.”

Igor Gramotkin, Director-General of the Chernobyl Nuclear Power Plant, said: “We were not building this arch for ourselves. We were building it for our children, for our grandchildren and for our great-grandchildren. This is our contribution to the future, in line with our responsibility for those who will come after us.”

The Chernobyl arch is the largest moveable land-based structure ever built, with a span of 257 metres, a length of 162 metres, a height of 108 metres and a total weight of 36,000 tonnes equipped. It will make the accident site safe and with a lifetime of 100 years allow for the eventual dismantling of the ageing makeshift shelter from 1986 and the management of the radioactive waste.

The structure was built by Novarka, a consortium of the French construction firms VINCI Construction and Bouygues Construction. Works started in 2010. With a cost of €1.5 billion the giant structure is the most prominent element of the Shelter Implementation Plan for Chernobyl, which involved more than 300 projects and activities.

The €2.1 billion programme is financed by the Chernobyl Shelter Fund. Established in 1997, the Fund has received more than € 1.5 billion from 45 donors to date. The EBRD manages the Fund and is the largest contributor to the New Safe Confinement project.