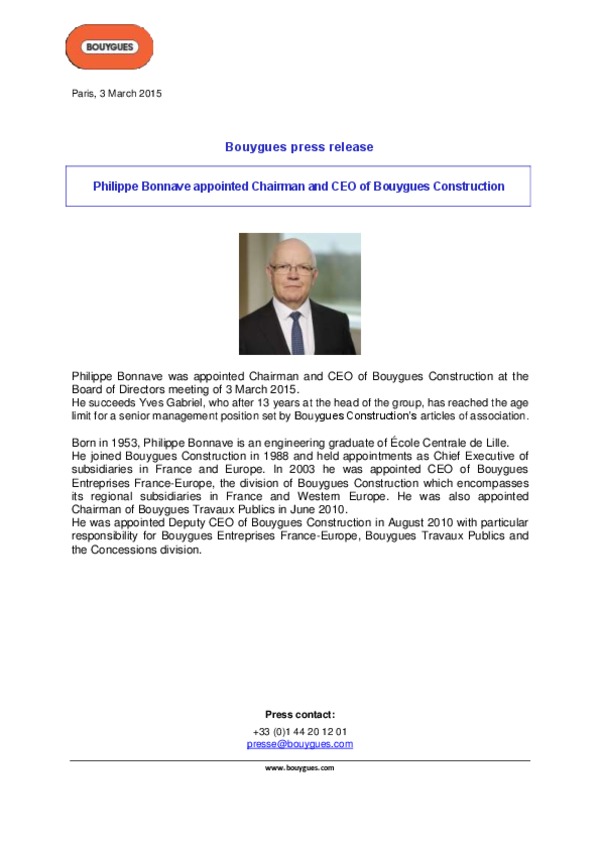 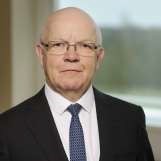 ​
Philippe Bonnave was appointed Chairman and CEO of Bouygues Construction at the Board of Directors meeting of 3 March 2015.
He succeeds Yves Gabriel, who after 13 years at the head of the group, has reached the age limit for a senior management position set by Bouygues Construction’s articles of association.