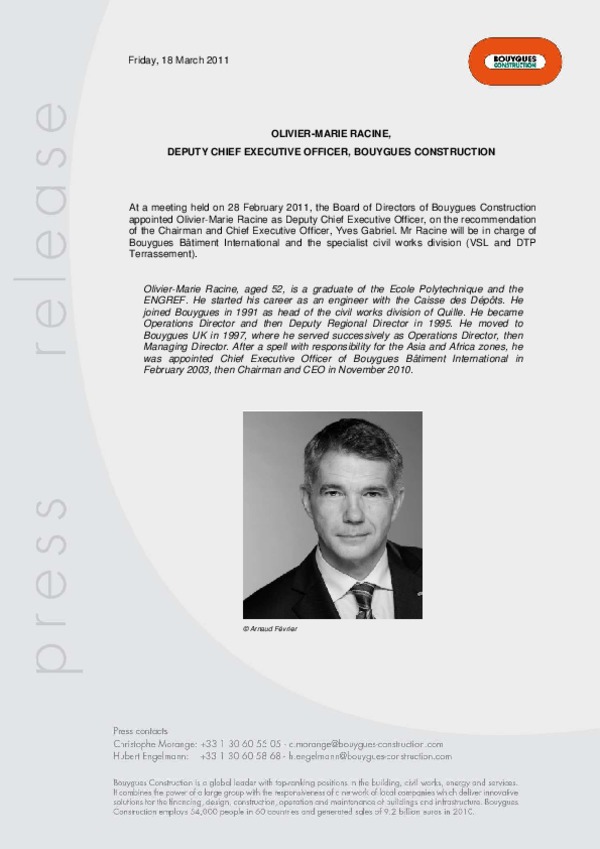 Olivier-Marie Racine, aged 52, is a graduate of the Ecole Polytechnique and the ENGREF. He started his career as an engineer with the Caisse des Dépôts. He joined Bouygues in 1991 as head of the civil works division of Quille. He became Operations Director and then Deputy Regional Director in 1995. He moved to Bouygues UK in 1997, where he served successively as Operations Director, then Managing Director. After a spell with responsibility for the Asia and Africa zones, he was appointed Chief Executive Officer of Bouygues Bâtiment International in February 2003, then Chairman and CEO in November 2010.