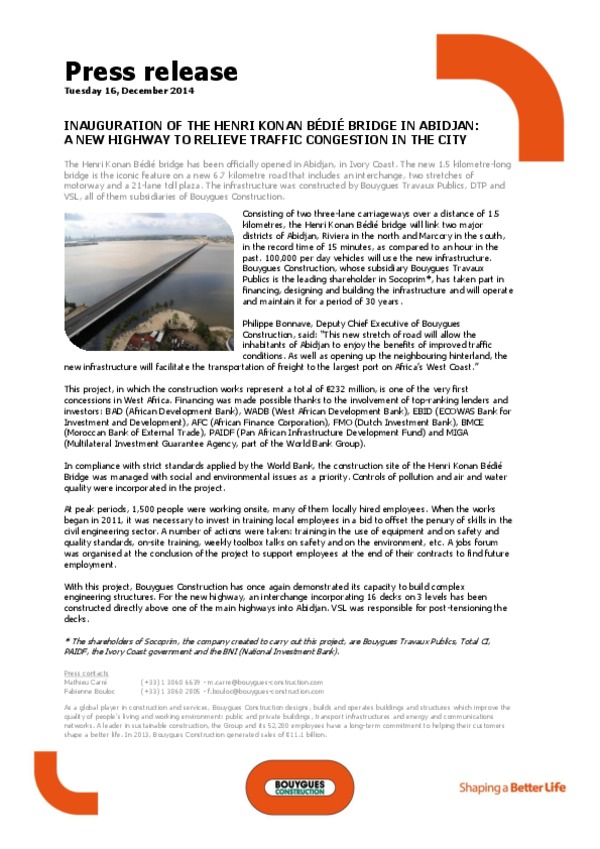 The Henri Konan Bédié bridge has been officially opened in Abidjan, in Ivory Coast. The new 1.5 kilometre-long bridge is the iconic feature on a new 6.7 kilometre road that includes an interchange, two stretches of motorway and a 21-lane toll plaza. The infrastructure was constructed by Bouygues Travaux Publics, DTP and VSL, all of them subsidiaries of Bouygues Construction. 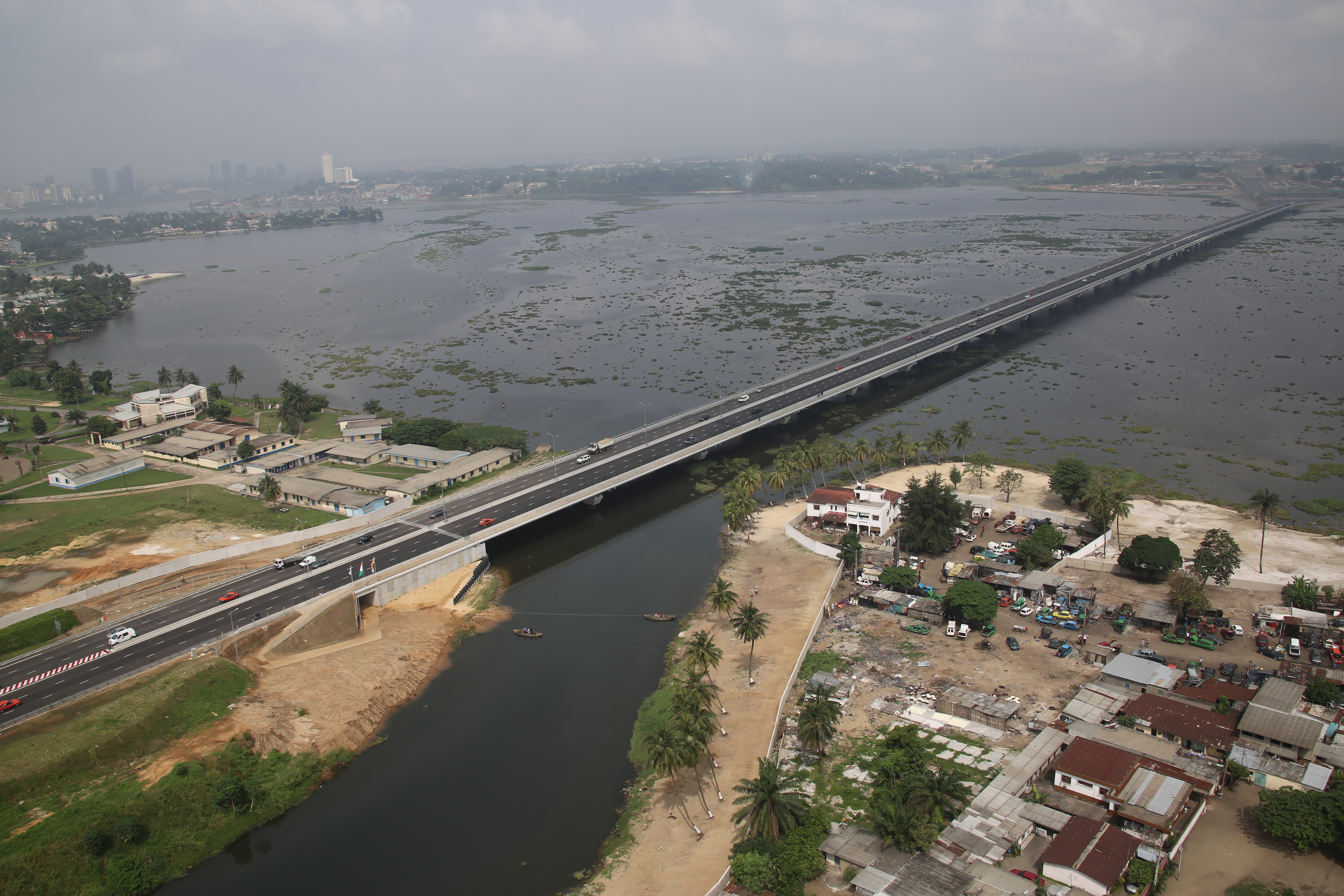 Consisting of two three-lane carriageways over a distance of 1.5 kilometres, the Henri Konan Bédié bridge will link two major districts of Abidjan, Riviera in the north and Marcory in the south, in the record time of 15 minutes, as compared to an hour in the past. 100,000 per day vehicles will use the new infrastructure. Bouygues Construction, whose subsidiary Bouygues Travaux Publics is the leading shareholder in Socoprim*, has taken part in financing, designing and building the infrastructure and will operate and maintain it for a period of 30 years.

Philippe Bonnave, Deputy Chief Executive of Bouygues Construction, said: “This new stretch of road will allow the inhabitants of Abidjan to enjoy the benefits of improved traffic conditions. As well as opening up the neighbouring hinterland, the new infrastructure will facilitate the transportation of freight to the largest port on Africa’s West Coast.”

In compliance with strict standards applied by the World Bank, the construction site of the Henri Konan Bédié Bridge was managed with social and environmental issues as a priority. Controls of pollution and air and water quality were incorporated in the project.

At peak periods, 1,500 people were working onsite, many of them locally hired employees. When the works began in 2011, it was necessary to invest in training local employees in a bid to offset the penury of skills in the civil engineering sector. A number of actions were taken: training in the use of equipment and on safety and quality standards, on-site training, weekly toolbox talks on safety and on the environment, etc. A jobs forum was organised at the conclusion of the project to support employees at the end of their contracts to find future employment.

With this project, Bouygues Construction has once again demonstrated its capacity to build complex engineering structures. For the new highway, an interchange incorporating 16 decks on 3 levels has been constructed directly above one of the main highways into Abidjan. VSL was responsible for post-tensioning the decks.


* The shareholders of Socoprim, the company created to carry out this project, are Bouygues Travaux Publics, Total CI, PAIDF, the Ivory Coast government and the BNI (National Investment Bank).
​