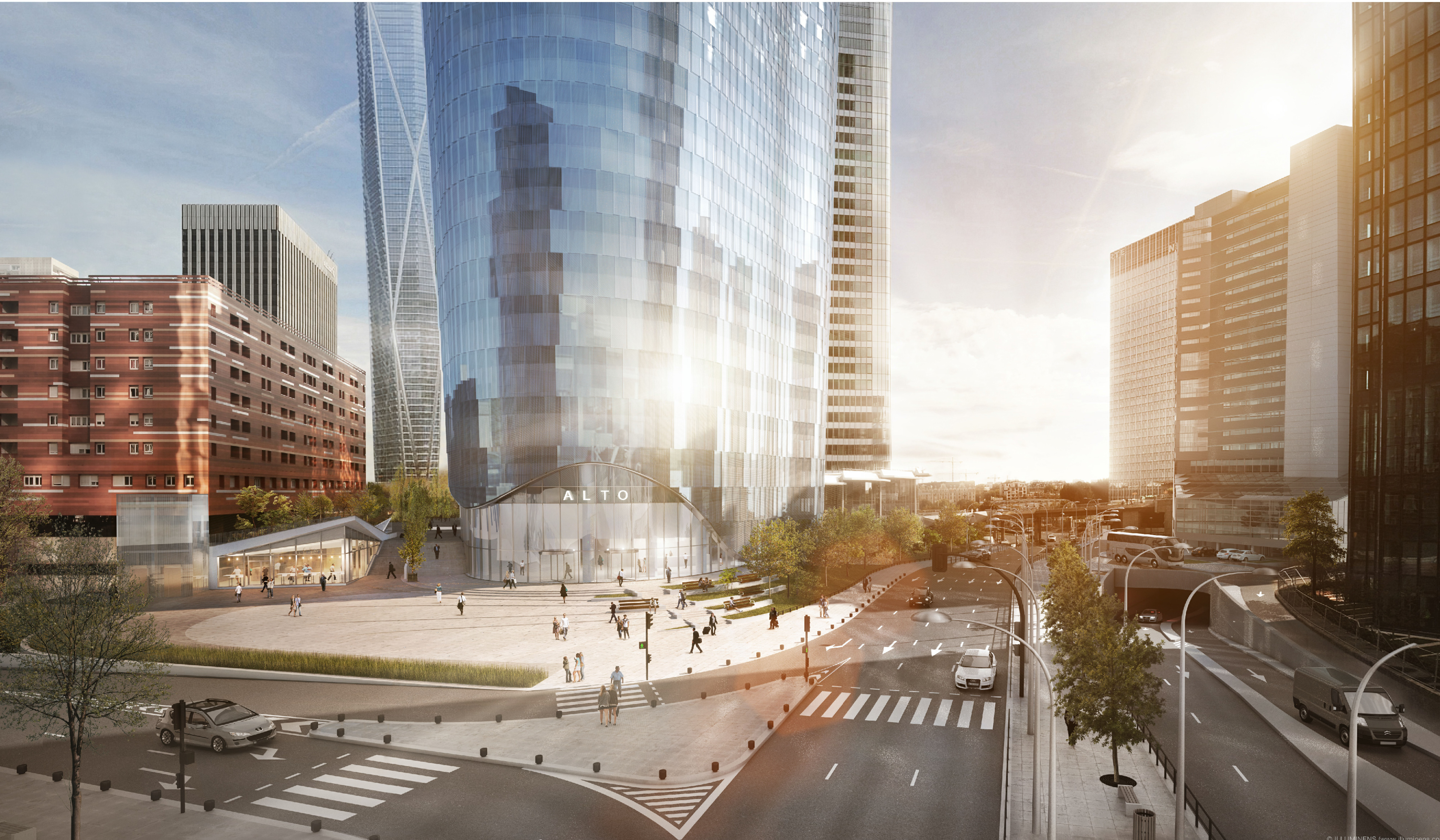 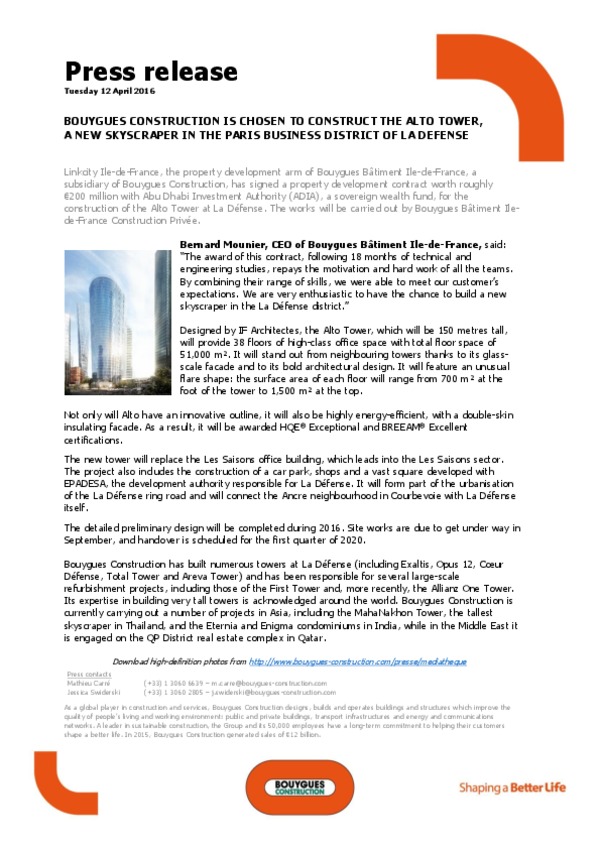 Bernard Mounier, CEO of Bouygues Bâtiment Ile-de-France, said: “The award of this contract, following 18 months of technical and engineering studies, repays the motivation and hard work of all the teams. By combining their range of skills, we were able to meet our customer’s expectations. We are very enthusiastic to have the chance to build a new skyscraper in the La Défense district.”

Designed by IF Architectes, the Alto Tower, which will be 150 metres tall, will provide 38 floors of high-class office space with total floor space of 51,000 m². It will stand out from neighbouring towers thanks to its glass-scale facade and to its bold architectural design. It will feature an unusual flare shape: the surface area of each floor will range from 700 m² at the foot of the tower to 1,500 m² at the top.

Not only will Alto have an innovative outline, it will also be highly energy-efficient, with a double-skin insulating facade. As a result, it will be awarded HQE® Exceptional and BREEAM® Excellent certifications.

The new tower will replace the Les Saisons office building, which leads into the Les Saisons sector. The project also includes the construction of a car park, shops and a vast square developed with EPADESA, the development authority responsible for La Défense. It will form part of the urbanisation of the La Défense ring road and will connect the Ancre neighbourhood in Courbevoie with La Défense itself.

The detailed preliminary design will be completed during 2016. Site works are due to get under way in September, and handover is scheduled for the first quarter of 2020.

Bouygues Construction has built numerous towers at La Défense (including Exaltis, Opus 12, Cœur Défense, Total Tower and Areva Tower) and has been responsible for several large-scale refurbishment projects, including those of the First Tower and, more recently, the Allianz One Tower. Its expertise in building very tall towers is acknowledged around the world. Bouygues Construction is currently carrying out a number of projects in Asia, including the MahaNakhon Tower, the tallest skyscraper in Thailand, and the Eternia and Enigma condominiums in India, while in the Middle East it is engaged on the QP District real estate complex in Qatar.