Bouygues Bâtiment Île-de-France, a subsidiary of Bouygues Construction, has been declared the winner of the tender for the refurbishment of the celebrated Ritz Hotel, situated in the Place Vendôme in Paris.

The luxury hotel is to be totally refitted. This will encompass complete refurbishment of the decoration and renovation of the historic areas, while preserving the spirit of the iconic institution.

The comfort of guests will be greatly improved by the creation of a summer restaurant with a sliding roof, a larger number of suites, an extension to the ballroom and incorporation of the latest technological innovations.

Architect Didier Beautemps of the Atelier Cos firm of architects and interior designer Thierry W. Despont will coordinate the project. Up to 600 people will be working on-site at peak periods. Numerous specialised craftsmen will be involved, including cabinetmakers, stonemasons and plasterers.

This contract is a fine illustration of Bouygues Construction’s know-how in building and renovating luxury hotels. In Paris, the Group renovated the Four Seasons George V in 1999, the Grand Hôtel InterContinental in 2003, Fouquet's Barrière in 2006, and the Royal Monceau and the Shangri-La in 2010. The Hermitage in Monaco was also renovated in 2002. Further afield, Bouygues Construction has built a number of luxury hotel complexes in the Caribbean, Morocco, Singapore, Dubai and Hong Kong. 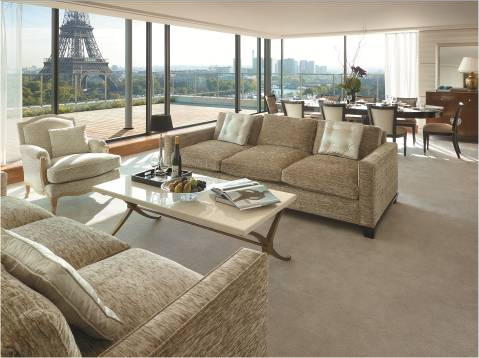 Shangri-La (Paris) - 2008/2010
Conversion of the Iéna Palace in Paris, once the residence of Prince Roland Bonaparte, into a luxury hotel.  This hotel has 81 rooms (including 27 suites) of an average size of 47 m², three restaurants, a bar and four reception rooms. The architect was Richard Martinet (who has been responsible for a number of luxury hotels in Paris and Europe), and the interior designer was Pierre-Yves Rochon (a renowned interior designer in the luxury hotel sector). Louis Benech, a landscape gardener who has created over 250 gardens in France and abroad, designed the vegetation (gardens, terraces, balconies and facades).

Royal Monceau (Paris) - 2008/2010
Refurbishment of the Royal Monceau, a celebrated Parisian luxury hotel. It provides a floor area of 14,000 m2 and has 150 rooms along with a spa and fitness centre, two restaurants, a ballroom, and a business centre. Didier Poignant was the architect and Philippe Starck the interior designer. 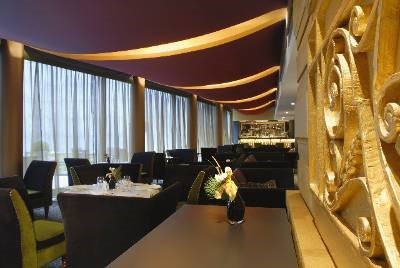 ​Fouquet's Barrière (Paris) - 2005/2006
Conversion of three buildings into a four-star luxury hotel with 83 rooms and suites, located next to the famous Le Fouquet’s restaurant. The hotel offers guests a very high level of comfort and relaxation, in particular thanks to the spa centre in the first basement consisting of a pool, a Turkish bath and a sauna. 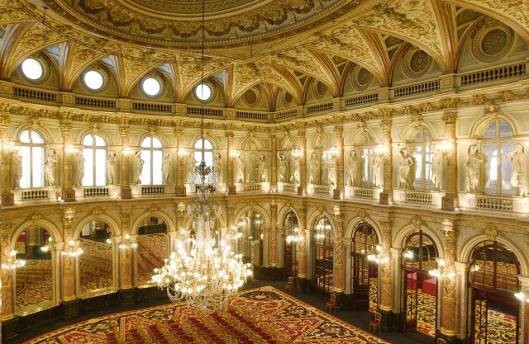 Grand Hôtel Intercontinental (Paris) - 2001/2003
Only the floors, load-bearing walls, facades and roofs of this 19th-century Haussmann-era luxury hotel were retained, because they had been listed as items of historic interest. The renovation consisted in structural works, installation and fitting out of all the rooms and suites. Room sizes were increased by reducing the number of rooms on the 42,000‑m2 floor area from 515 to 484). Other finishing works included the installation of an automatic sprinkler system and paintwork. The Café de la Paix was reinstated to its original size, and its ceilings, also listed as being of historic interest, were fully restored.

Hôtel George V (Paris) - 1998/1999
Refurbishment of one of the most prestigious of all Parisian hotels. Bouygues Bâtiment Île-de-France entirely rebuilt the building structure, which dated from the late 1920s. On a floor area of 45,000 m2 the hotel has 245 rooms (including around fifty suites), reception halls (the largest of them 600 m2 in size), a Turkish bath, a jacuzzi, and a pool. Bouygues Bâtiment Île-de-France removed asbestos from the building and carried out structural works and finishing works and installed building services and equipment. Located in a luxury tourist district, the hotel stands between two others. The project had to contend with the constraints of a cramped site and had to limit the noise nuisance, especially during FIFA World Cup football matches.

Hôtel de l'Hermitage (Monaco) - 2002
The renovation of this luxury 4-star ‘Belle Époque’ hotel (a listed building) involved refurbishing around thirty rooms, the Beaumarchais lobby (including the creation of a lobby bar), a cupola and the kitchens. Thanks to the addition of two extra storeys, the number of rooms was increased from 265 to 337. 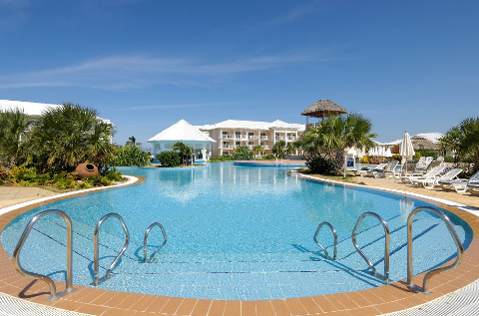 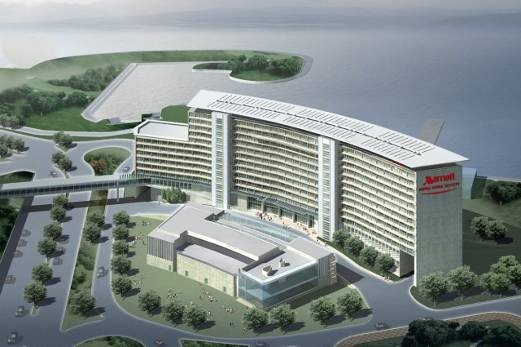 SkyCity Marriott Hotel (Hong Kong) - 2006/2009
As part of a PFI (Private Finance Initiative) project, Bouygues Bâtiment International was chosen to design and build a 5-star hotel with 658 rooms and suites, and to operate it for 40 years. The 50,000 m² hotel is in the airport zone, close to the Asia World-Expo exhibition centre.

Royal Mansour hotel complex (Marrakech, Morocco) - 2006/2008
As part of a PFI (Private Finance Initiative) project, Bouygues Bâtiment International was chosen to design and build a 5-star hotel with 658 rooms and suites, and to operate it for 40 years. The 50,000 m² hotel is in the airport zone, close to the Asia World-Expo exhibition centre. 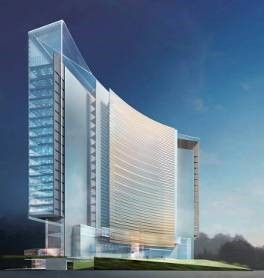 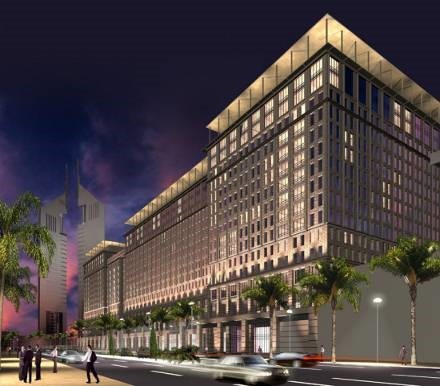 Mandarin Oriental (Hong Kong) - 2006
As part of the reconfiguration of the legendary Mandarin Oriental, originally built in 1963, as a luxurious 502-room hotel, Bouygues Bâtiment International was chosen to renovate all the building services and equipment (air conditioning, electricity, fire systems and plumbing).

Fullerton square (Singapour) - 1998/2000
Located in the heart of Singapore, this historic building is the former Fullerton Building, constructed in 1928 and formerly the Post Office. It now houses a 405-room 5-star luxury hotel. An office building, One Fullerton, has been built on reclaimed land opposite the hotel. The interior of the Fullerton Building was completely demolished and rebuilt, with the exception of the third-floor ballroom. The building’s facades were completely restored.