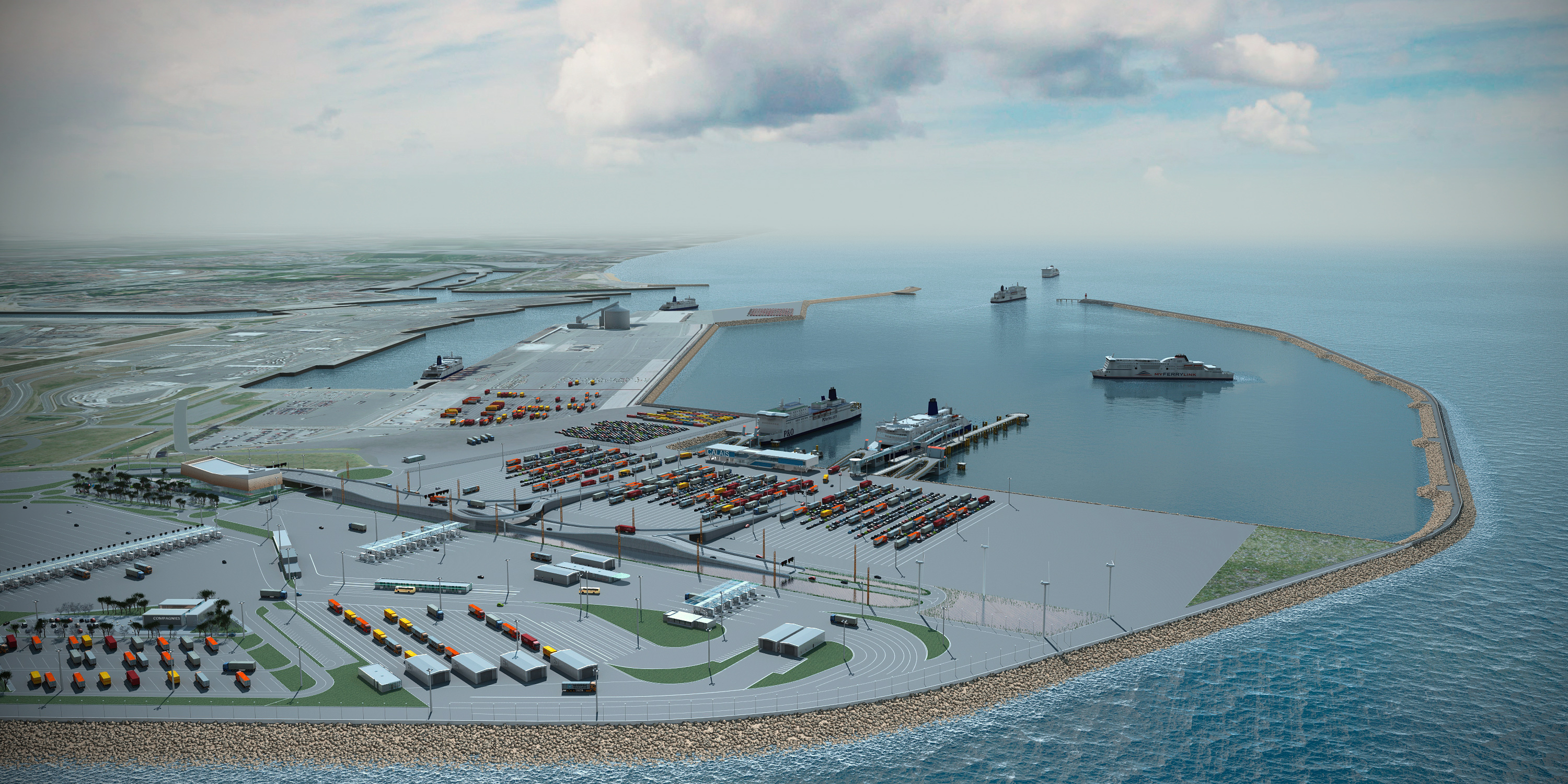 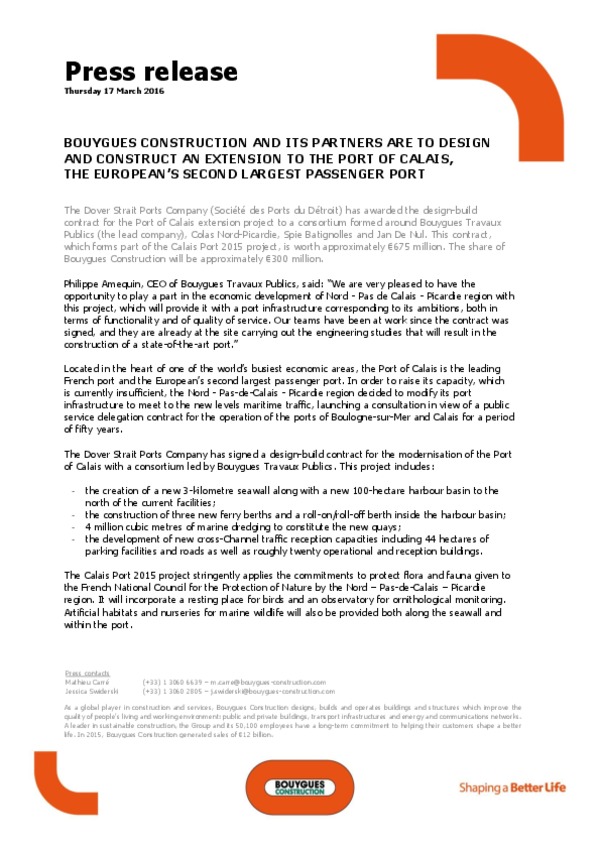 The Dover Strait Ports Company (Société des Ports du Détroit) has awarded the design-build contract for the Port of Calais extension project to a consortium formed around Bouygues Travaux Publics (the lead company), Colas Nord-Picardie, Spie Batignolles and Jan De Nul. This contract, which forms part of the Calais Port 2015 project, is worth approximately €675 million. The share of Bouygues Construction will be approximately €300 million.

Philippe Amequin, CEO of Bouygues Travaux Publics, said: “We are very pleased to have the opportunity to play a part in the economic development of Nord - Pas de Calais - Picardie region with this project, which will provide it with a port infrastructure corresponding to its ambitions, both in terms of functionality and of quality of service. Our teams have been at work since the contract was signed, and they are already at the site carrying out the engineering studies that will result in the construction of a state-of-the-art port.”

Located in the heart of one of the world’s busiest economic areas, the Port of Calais is the leading French port and the European’s second largest passenger port. In order to raise its capacity, which is currently insufficient, the Nord - Pas-de-Calais - Picardie region decided to modify its port infrastructure to meet to the new levels maritime traffic, launching a consultation in view of a public service delegation contract for the operation of the ports of Boulogne-sur-Mer and Calais for a period of fifty years.

The Dover Strait Ports Company has signed a design-build contract for the modernisation of the Port of Calais with a consortium led by Bouygues Travaux Publics. This project includes: The Calais Port 2015 project stringently applies the commitments to protect flora and fauna given to the French National Council for the Protection of Nature by the Nord – Pas-de-Calais – Picardie region. It will incorporate a resting place for birds and an observatory for ornithological monitoring. Artificial habitats and nurseries for marine wildlife will also be provided both along the seawall and within the port.

In order to minimise energy consumption during the operating phase, centralised production of heat and cold, provided by a seawater heat pump, will supply the entire port. The buildings will also be equipped with a source of wind energy.

Bouygues Construction has developed extensive expertise in designing and constructing port installations. The Group was responsible for building the Tangiers Med complex in Morocco, consisting of three harbours undertaken between 2003 and 2014. In 2011, it handed over the Busan port in South Korea, the world’s fourth largest container port. It was selected in 2015 to design and build the new offshore urban extension in Monaco.