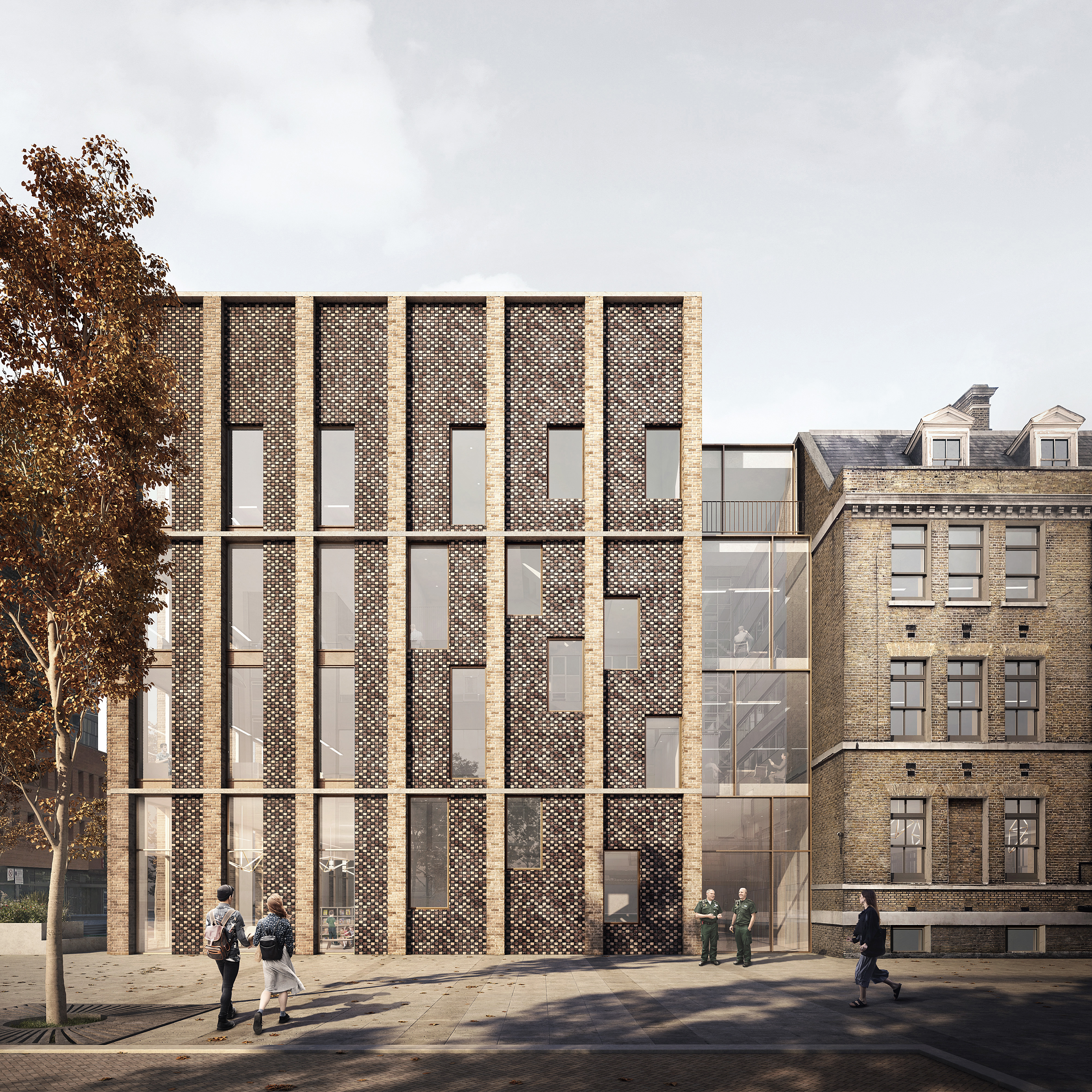 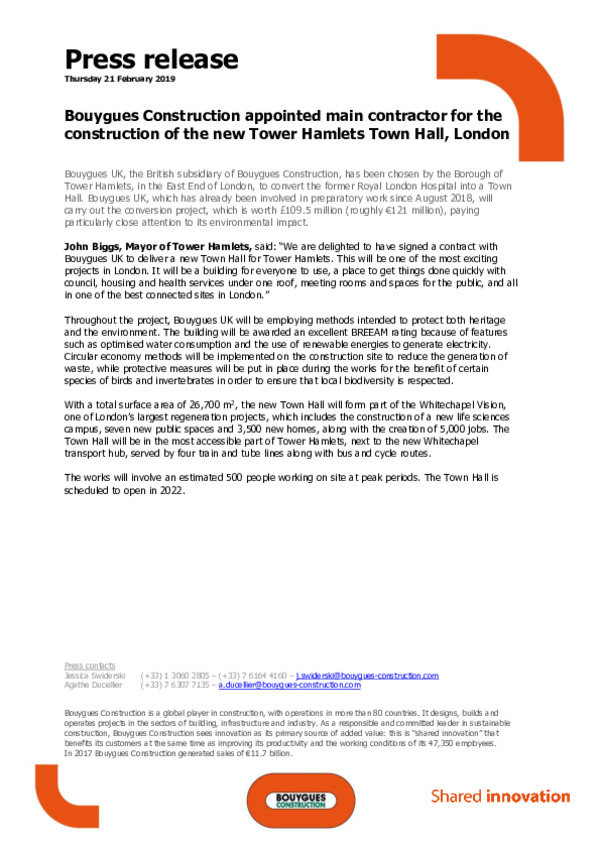 Bouygues UK, the British subsidiary of Bouygues Construction, has been chosen by the Borough of Tower Hamlets, in the East End of London, to convert the former Royal London Hospital into a Town Hall. Bouygues UK, which has already been involved in preparatory work since August 2018, will carry out the conversion project, which is worth £109.5 million (roughly €121 million), paying particularly close attention to its environmental impact.

John Biggs, Mayor of Tower Hamlets, said: “We are delighted to have signed a contract with Bouygues UK to deliver a new Town Hall for Tower Hamlets. This will be one of the most exciting projects in London. It will be a building for everyone to use, a place to get things done quickly with council, housing and health services under one roof, meeting rooms and spaces for the public, and all in one of the best connected sites in London.”

Throughout the project, Bouygues UK will be employing methods intended to protect both heritage and the environment. The building will be awarded an excellent BREEAM rating because of features such as optimised water consumption and the use of renewable energies to generate electricity. Circular economy methods will be implemented on the construction site to reduce the generation of waste, while protective measures will be put in place during the works for the benefit of certain species of birds and invertebrates in order to ensure that local biodiversity is respected.

With a total surface area of 26,700 m2, the new Town Hall will form part of the Whitechapel Vision, one of London’s largest regeneration projects, which includes the construction of a new life sciences campus, seven new public spaces and 3,500 new homes, along with the creation of 5,000 jobs. The Town Hall will be in the most accessible part of Tower Hamlets, next to the new Whitechapel transport hub, served by four train and tube lines along with bus and cycle routes.

The works will involve an estimated 500 people working on site at peak periods. The Town Hall is scheduled to open in 2022.