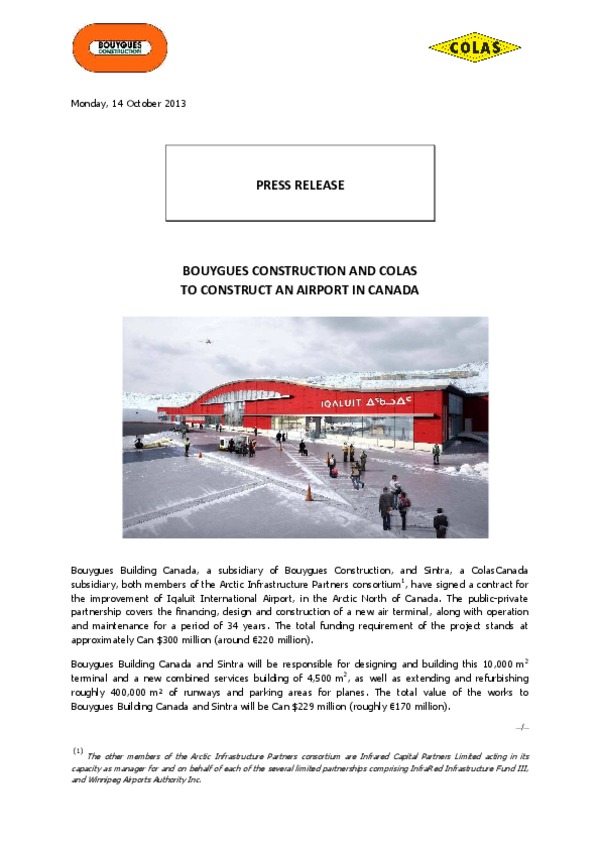 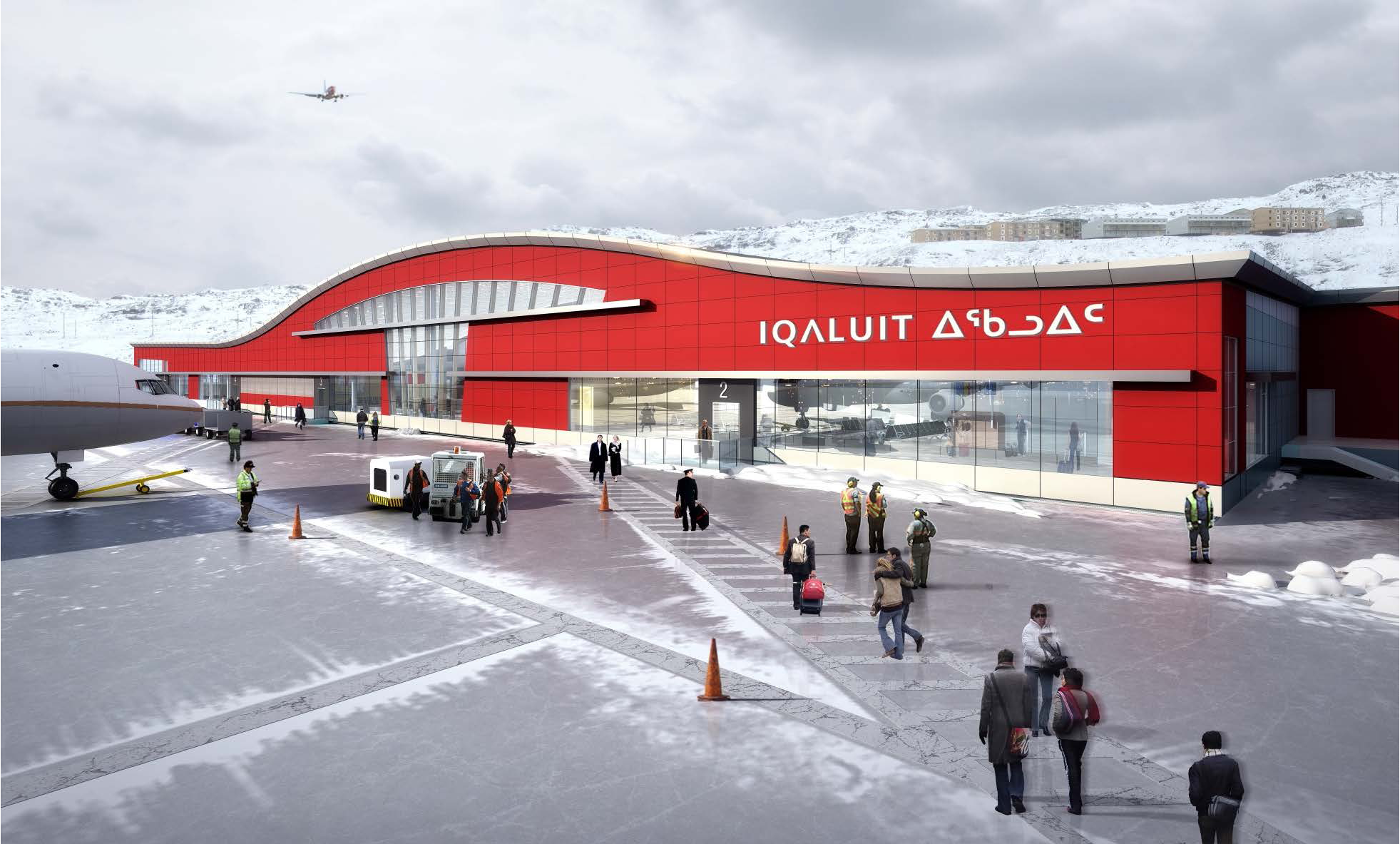 Bouygues Building Canada, a subsidiary of Bouygues Construction, and Sintra, a ColasCanada subsidiary, both members of the Arctic Infrastructure Partners consortium1, have signed a contract for the improvement of Iqaluit International Airport, in the Arctic North of Canada. The public-private partnership covers the financing, design and construction of a new air terminal, along with operation and maintenance for a period of 34 years. The total funding requirement of the project stands at approximately Can $300 million (around €220 million).

The project will increase the capacity of Iqaluit Airport. Located in Canada’s most expansive territory, the airport plays a strategic role for both civil and military aviation, as air travel is the only form of transport that operates throughout the year. It will serve a territory that is as vast as Western Europe yet has no road network to link its 25 communities.

The project has been designed to be highly energy efficient. It will include combined heat and power production, and is aiming for LEED® Silver certification. The contract also calls for an ambitious training and employment programme directed towards the Inuit population, requiring awareness and mindfulness of their culture.

The works, which will see 140 employees active onsite at peak periods, will begin in spring 2014, with handover planned for December 2017. The project schedule is complex, because it has to take into account the difficult climate conditions and the short window in which it is possible to deliver materials, between July and October, when the sea is not frozen.

Olivier-Marie Racine, Chairman and CEO of Bouygues Bâtiment International, said: “Bouygues Construction is entering a new stage of its development in North America, with its first airport project on the continent. Our expertise in constructing airport infrastructures and in managing complex projects will enable us to meet the challenges relating to this contract, particularly the logistical ones.”

Jacques Michel, President of ColasCanada, said: “Established in Canada since the 1960s, ColasCanada has shown its know-how in constructing airport infrastructures under extremely challenging logistical and meteorological conditions. In particular, ColasCanada has carried out works at Hay River and Yellowknife airports in the Northwest Territories. We will therefore be able to employ our Colas techniques, which have proved themselves on major projects.”

(1) The other members of the Arctic Infrastructure Partners consortium are Infrared Capital Partners Limited acting in its capacity as manager for and on behalf of each of the several limited partnerships comprising InfraRed Infrastructure Fund III, and Winnipeg Airports Authority Inc.
​

As a global player in construction and services, Bouygues Construction designs, builds and operates buildings and structures which improve the quality of people’s living and working environment: public and private buildings, transport infrastructures and energy and communications networks. A leader in sustainable construction, the Group and its 55,400 employees have a long-term commitment to helping their customers shape a better life. In 2012, Bouygues Construction generated sales of
10.6 billion euros.

​About the Colas Group

Colas is a world leader in the construction and maintenance of transport infrastructure.  With 63,000 employees in 50 countries on five continents, the Group performs 100,000 projects each year via 800 works centers and 1,400 materials production sites.

In 2012, Colas posted consolidated revenue at 13 billion euros (of which 44% outside of France) with net profit attributable to the Group at 302 million euros.