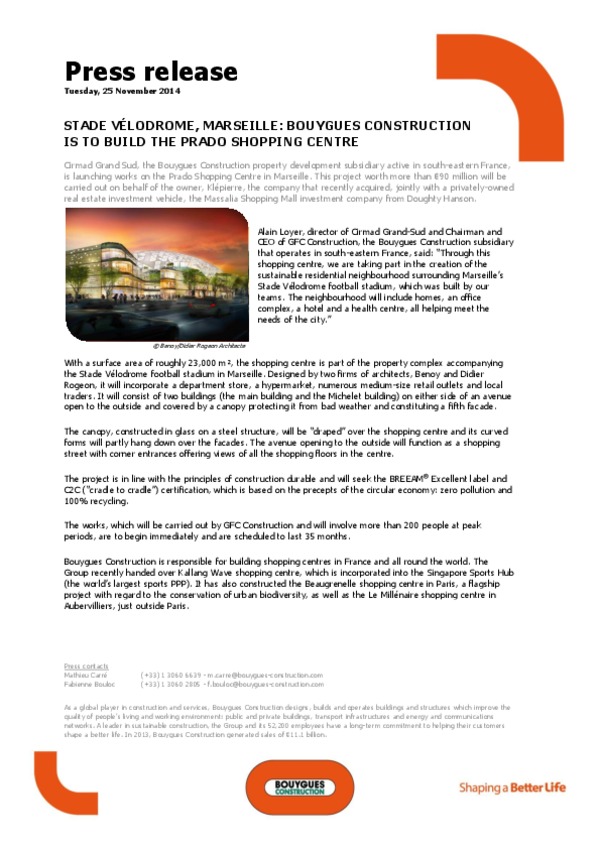 Cirmad Grand Sud, the Bouygues Construction property development subsidiary active in south-eastern France, is launching works on the Prado Shopping Centre in Marseille. This project worth more than €90 million will be carried out on behalf of the owner, Klépierre, the company that recently acquired, jointly with a privately-owned real estate investment vehicle, the Massalia Shopping Mall investment company from Doughty Hanson. 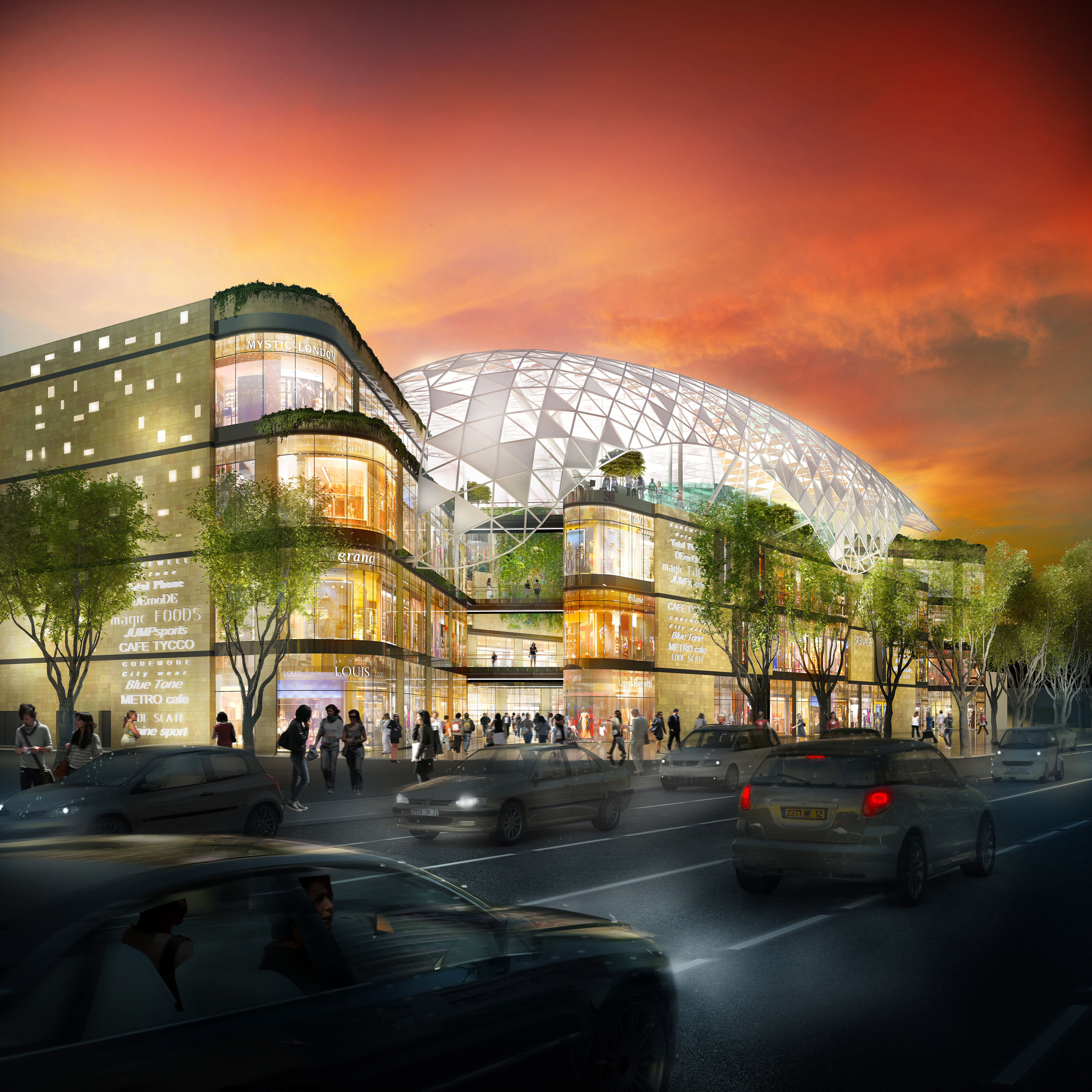 Alain Loyer, director of Cirmad Grand-Sud and Chairman and CEO of GFC Construction, the Bouygues Construction subsidiary that operates in south-eastern France, said: “Through this shopping centre, we are taking part in the creation of the sustainable residential neighbourhood surrounding Marseille’s Stade Vélodrome football stadium, which was built by our teams. The neighbourhood will include homes, an office complex, a hotel and a health centre, all helping meet the needs of the city.”

With a surface area of roughly 23,000 m², the shopping centre is part of the property complex accompanying the Stade Vélodrome football stadium in Marseille. Designed by two firms of architects, Benoy and Didier Rogeon, it will incorporate a department store, a hypermarket, numerous medium-size retail outlets and local traders. It will consist of two buildings (the main building and the Michelet building) on either side of an avenue open to the outside and covered by a canopy protecting it from bad weather and constituting a fifth facade.

The canopy, constructed in glass on a steel structure, will be “draped” over the shopping centre and its curved forms will partly hang down over the facades. The avenue opening to the outside will function as a shopping street with corner entrances offering views of all the shopping floors in the centre.

The project is in line with the principles of construction durable and will seek the BREEAM® Excellent label and C2C (“cradle to cradle”) certification, which is based on the precepts of the circular economy: zero pollution and 100% recycling.

The works, which will be carried out by GFC Construction and will involve more than 200 people at peak periods, are to begin immediately and are scheduled to last 35 months.

​Bouygues Construction is responsible for building shopping centres in France and all round the world. The Group recently handed over Kallang Wave shopping centre, which is incorporated into the Singapore Sports Hub (the world’s largest sports PPP). It has also constructed the Beaugrenelle shopping centre in Paris, a flagship project with regard to the conservation of urban biodiversity, as well as the Le Millénaire shopping centre in Aubervilliers, just outside Paris.