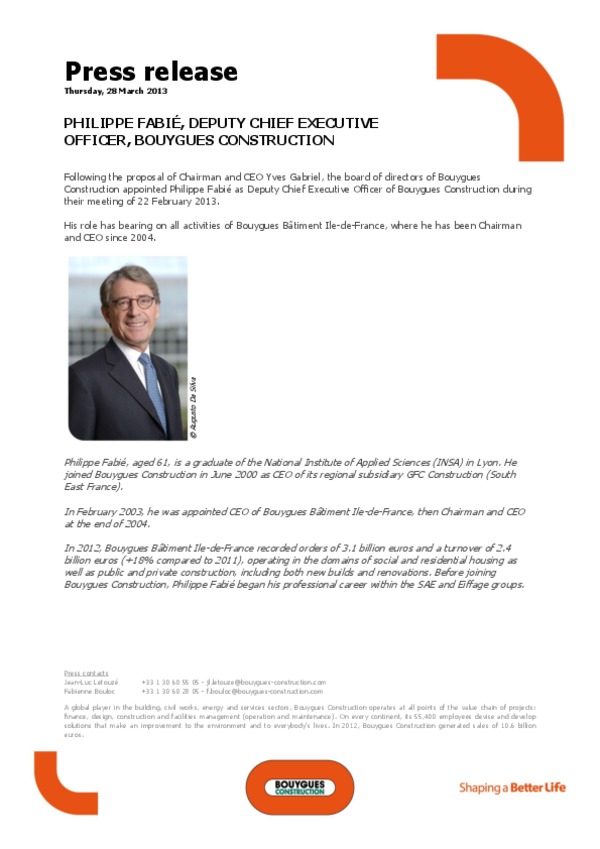 His role has bearing on all activities of Bouygues Bâtiment Ile-de-France, where he has been Chairman and CEO since 2004.
​

© Augusto Da Silva
Philippe Fabié, aged 61, is a graduate of the National Institute of Applied Sciences (INSA) in Lyon. He joined Bouygues Construction in June 2000 as CEO of its regional subsidiary GFC Construction (South East France).

In February 2003, he was appointed CEO of Bouygues Bâtiment Ile-de-France, then Chairman and CEO at the end of 2004.

In 2012, Bouygues Bâtiment Ile-de-France recorded orders of 3.1 billion euros and a turnover of 2.4 billion euros (+18% compared to 2011), operating in the domains of social and residential housing as well as public and private construction, including both new builds and renovations. Before joining Bouygues Construction, Philippe Fabié began his professional career within the SAE and Eiffage groups.