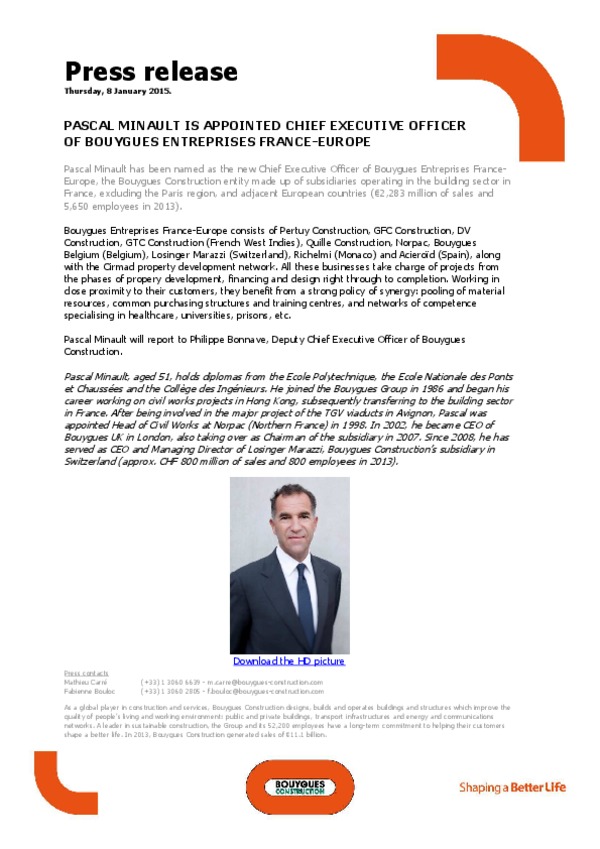 Pascal Minault has been named as the new Chief Executive Officer of Bouygues Entreprises France-Europe, the Bouygues Construction entity made up of subsidiaries operating in the building sector in France, excluding the Paris region, and adjacent European countries (€2,283 million of sales and 5,650 employees in 2013).

Pascal Minault, aged 51, holds diplomas from the Ecole Polytechnique, the Ecole Nationale des Ponts et Chaussées and the Collège des Ingénieurs. He joined the Bouygues Group in 1986 and began his career working on civil works projects in Hong Kong, subsequently transferring to the building sector in France. After being involved in the major project of the TGV viaducts in Avignon, Pascal was appointed Head of Civil Works at Norpac (Northern France) in 1998. In 2002, he became CEO of Bouygues UK in London, also taking over as Chairman of the subsidiary in 2007. Since 2008, he has served as CEO and Managing Director of Losinger Marazzi, Bouygues Construction’s subsidiary in Switzerland (approx. CHF 800 million of sales and 800 employees in 2013). 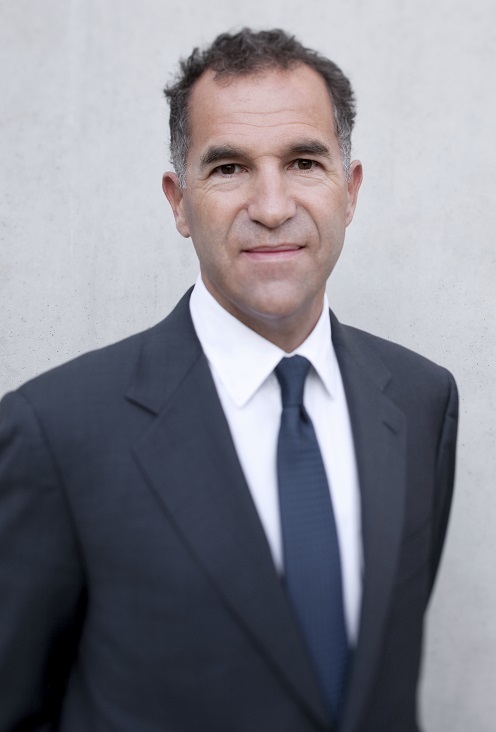