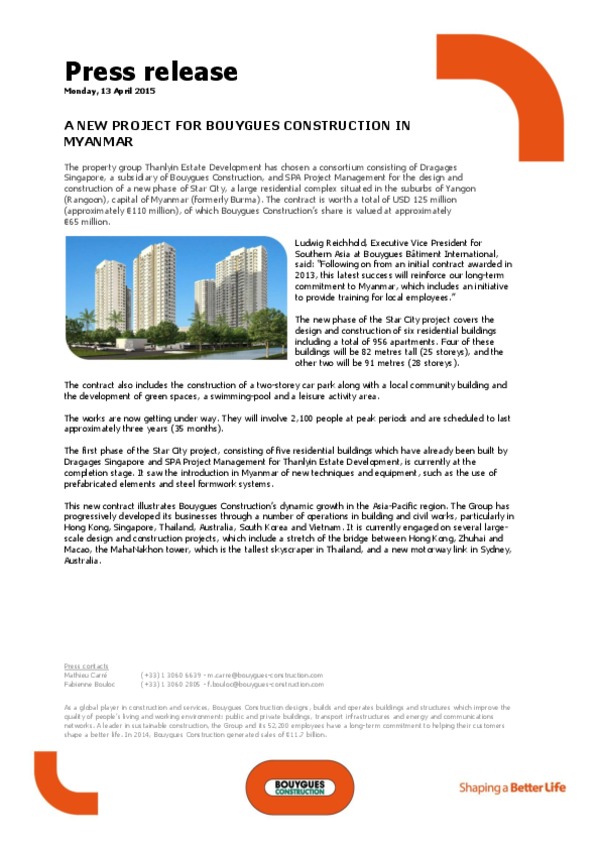 The property group Thanlyin Estate Development has chosen a consortium consisting of Dragages Singapore, a subsidiary of Bouygues Construction, and SPA Project Management for the design and construction of a new phase of Star City, a large residential complex situated in the suburbs of Yangon (Rangoon), capital of Myanmar (formerly Burma). The contract is worth a total of USD 125 million (approximately €110 million), of which Bouygues Construction’s share is valued at approximately €65 million. 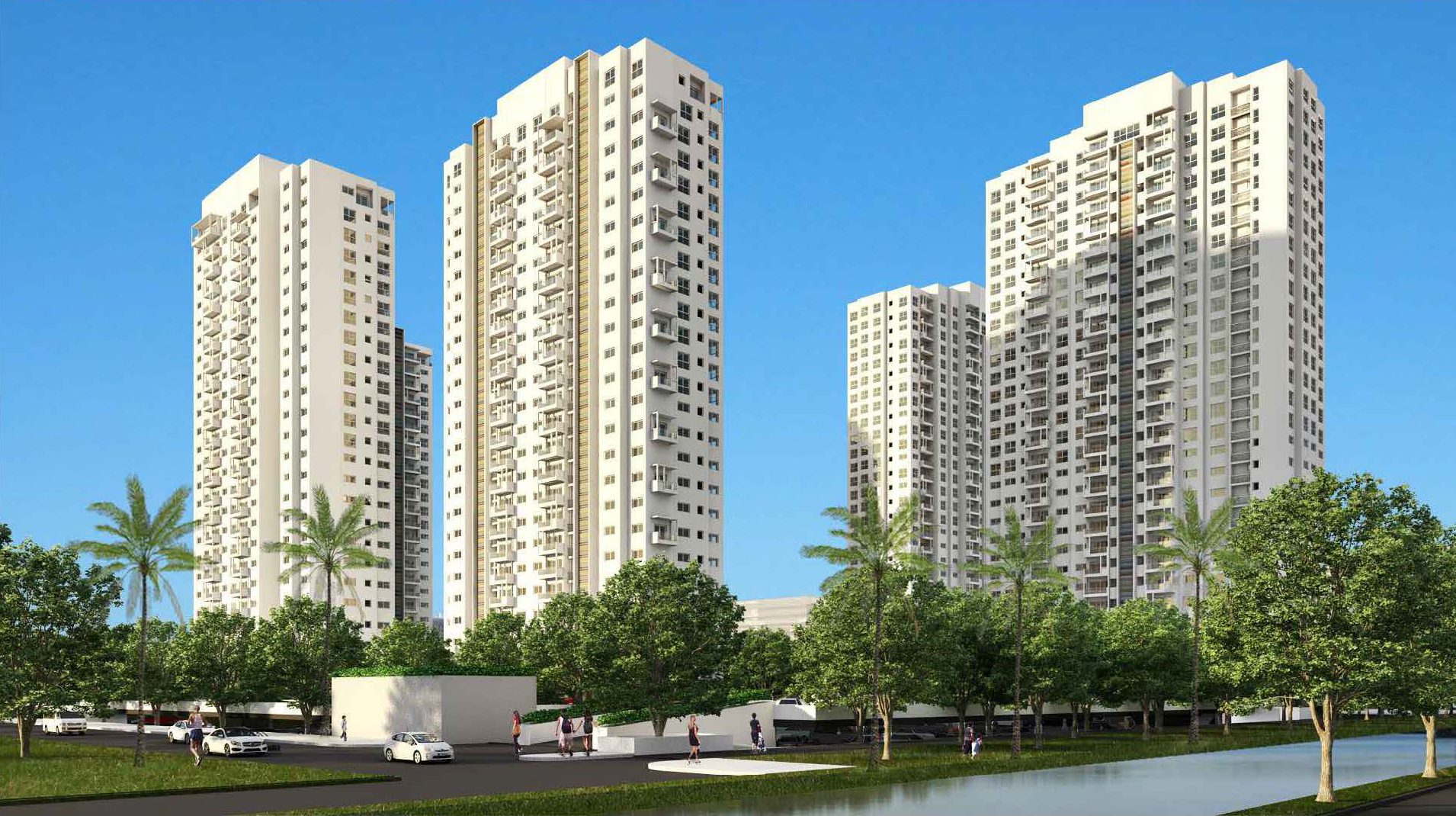 Ludwig Reichhold, Executive Vice President for Southern Asia at Bouygues Bâtiment International, said: “Following on from an initial contract awarded in 2013, this latest success will reinforce our long-term commitment to Myanmar, which includes an initiative to provide training for local employees.”

The new phase of the Star City project covers the design and construction of six residential buildings including a total of 956 apartments. Four of these buildings will be 82 metres tall (25 storeys), and the other two will be 91 metres (28 storeys).

The contract also includes the construction of a two-storey car park along with a local community building and the development of green spaces, a swimming-pool and a leisure activity area.

The works are now getting under way. They will involve 2,100 people at peak periods and are scheduled to last approximately three years (35 months).

The first phase of the Star City project, consisting of five residential buildings which have already been built by Dragages Singapore and SPA Project Management for Thanlyin Estate Development, is currently at the completion stage. It saw the introduction in Myanmar of new techniques and equipment, such as the use of prefabricated elements and steel formwork systems.

This new contract illustrates Bouygues Construction’s dynamic growth in the Asia-Pacific region. The Group has progressively developed its businesses through a number of operations in building and civil works, particularly in Hong Kong, Singapore, Thailand, Australia, South Korea and Vietnam. It is currently engaged on several large-scale design and construction projects, which include a stretch of the bridge between Hong Kong, Zhuhai and Macao, the MahaNakhon tower, which is the tallest skyscraper in Thailand, and a new motorway link in Sydney, Australia.