Two Bouygues Construction subsidiaries, Pertuy Construction and Norpac, recently grouped together and signed a contract worth more than €80 million, for the construction of two buildings at Hautepierre Hospital, in Strasbourg. The new buildings will house a regional cancer institute and a medico-technical and locomotor facility. 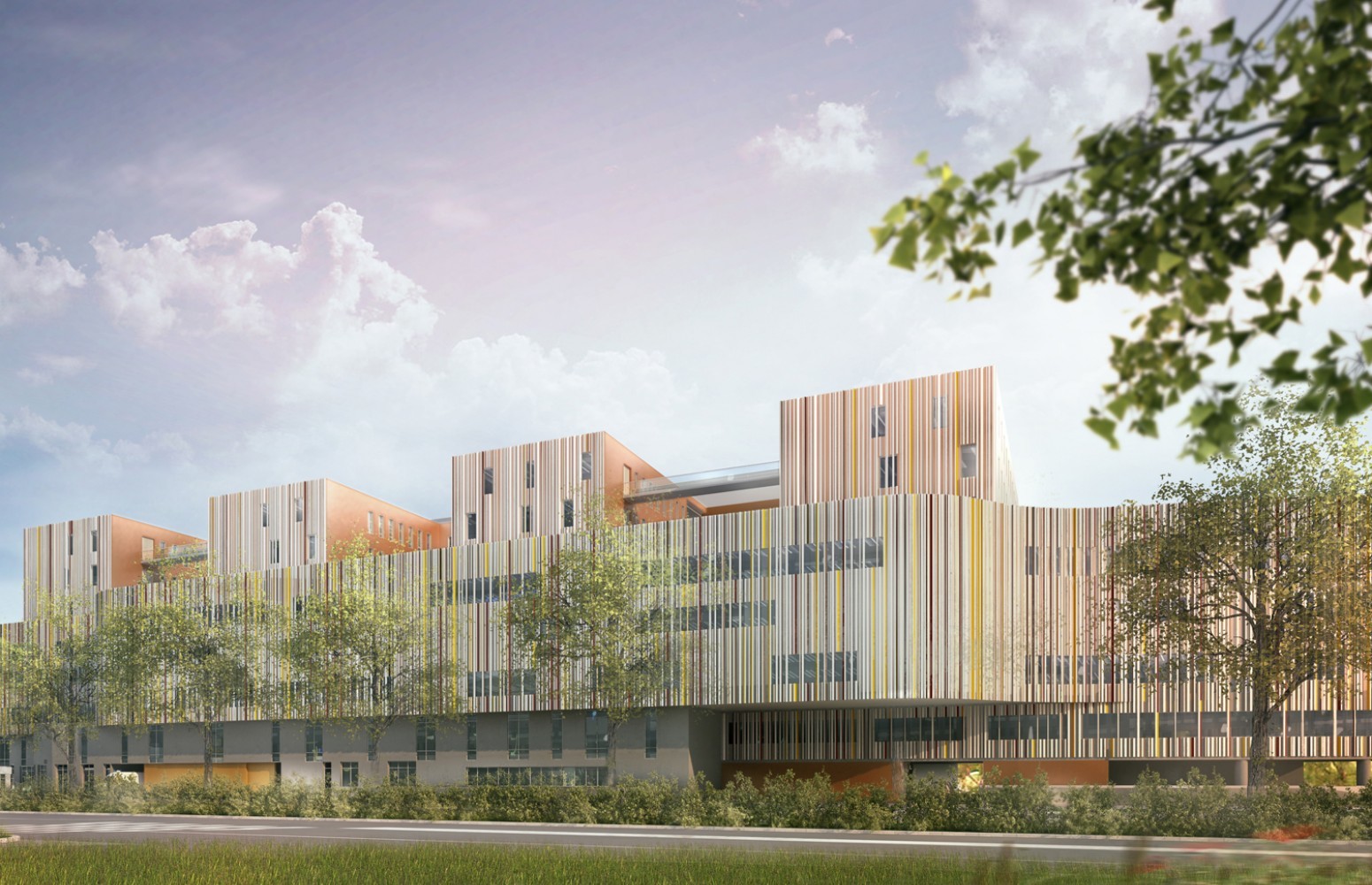 ​The project has been developed by the Groupe 6 architectural and town-planning agency and the INGEROP design and engineering firm. It consists of the simultaneous construction of two buildings, which will be connected to each other and to an existing structure via underground passages and pedestrian bridges.

Pertuy Construction is the authorised representative of the group, and will be in charge of the main part of the project, including structural work, walls and covering, drywall and finishing work, along with several roadways and infrastructural networks.

Preparation of the worksite is due to begin in early July 2014. The construction project will take 42 months, involve 300,000 million work hours and call for the involvement of 120 workers at peak periods.

The regional cancer institute will have a surface area of around 30,000 m², spread over eight floors. It will house, specifically, a radiotherapy unit equipped with 7 bunkers for particle accelerators, a nuclear medicine unit, a 122-bed conventional hospital block, a 38-bed specialist hospital unit, an area for external consultants, oncology and haematology day hospitals (accommodating up to 72 patients), as well as offices and service facilities supporting the various units.

The medico-technical and locomotor facility will cover an area of some 41,000 m², over 11 floors. In addition to an arrivals area and logistical platform, it will also house a central sterilisation unit, a 164-seat lecture theatre complete with conference rooms, an area for external consultations in disciplines not covered at the facility, and an extension of the site's imaging unit. There will be two surgical units with 15 and 17 theatres respectively, a day-surgery hospital for up to 30 patients, a continuous monitoring unit with 16 beds, 6 conventional hospital units, each with 28 beds, as well as associated offices and support services throughout.

Bouygues Construction has positioned itself as a major player in the construction of healthcare facilities both within France and internationally, with the capacity to act at all project levels (financing, design and construction, technical works, operation/maintenance) and under different forms of contract. Bouygues Construction is currently involved in the construction of the Belfort-Montbéliard Hospital and a new regional hospital in Orléans, to name but two projects of this kind. The company also built and oversees the operation of several hospitals in the UK (North, Central, West Middlesex, and Broomfield) in addition to Surrey Hospital in Canada.