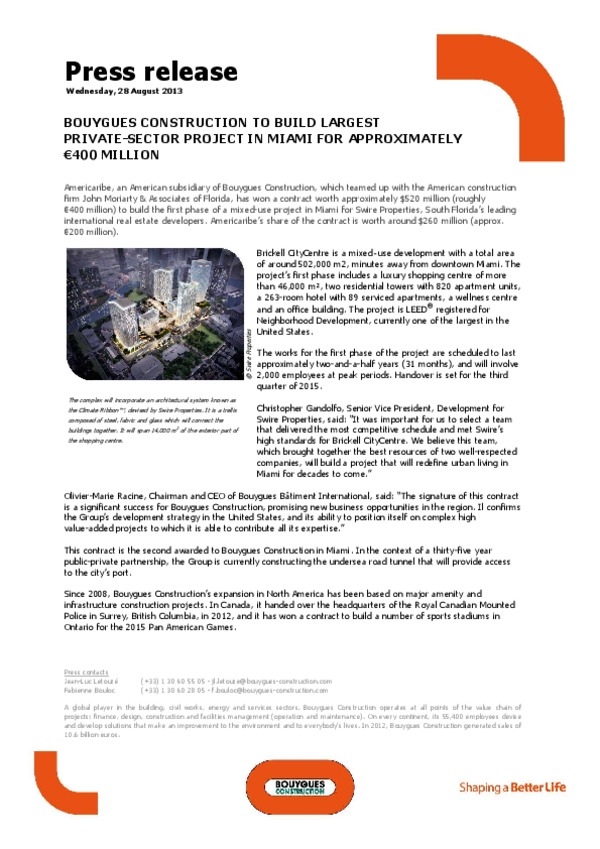 Americaribe, an American subsidiary of Bouygues Construction, which teamed up with the American construction firm John Moriarty & Associates of Florida, has won a contract worth approximately $520 million (roughly €400 million) to build the first phase of a mixed-use project in Miami for Swire Properties, South Florida’s leading international real estate developers. Americaribe’s share of the contract is worth around $260 million (approx. €200 million). 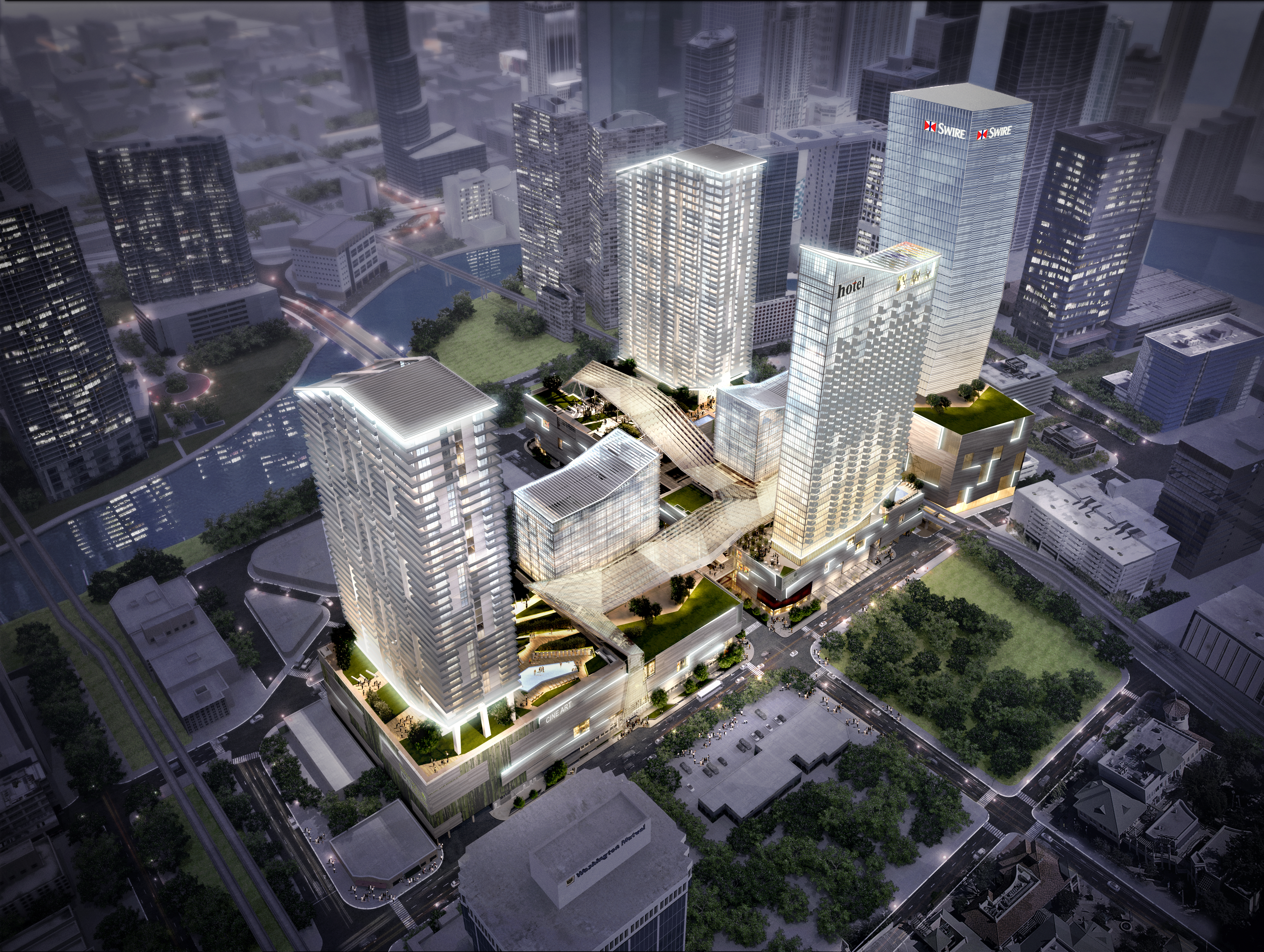 The complex will incorporate an architectural system known as the Climate Ribbon™, devised by Swire Properties. It is a trellis composed of steel, fabric and glass which will connect the buildings together. It will span 14,000 m2 of the exterior part of the shopping centre.
​
Brickell CityCentre is a mixed‐use development with a total area of around 502,000 m2, minutes away from downtown Miami. The project’s first phase includes a luxury shopping centre of more than 46,000 m², two residential towers with 820 apartment units, a 263-room hotel with 89 serviced apartments, a wellness centre and an office building. The project is LEED® registered for Neighborhood Development, currently one of the largest in the United States.

The works for the first phase of the project are scheduled to last approximately two-and-a-half years (31 months), and will involve 2,000 employees at peak periods. Handover is set for the third quarter of 2015.

Christopher Gandolfo, Senior Vice President, Development for Swire Properties, said: “It was important for us to select a team that delivered the most competitive schedule and met Swire’s high standards for Brickell CityCentre. We believe this team, which brought together the best resources of two well-respected companies, will build a project that will redefine urban living in Miami for decades to come.”

​Olivier-Marie Racine, Chairman and CEO of Bouygues Bâtiment International, said: “The signature of this contract is a significant success for Bouygues Construction, promising new business opportunities in the region. Il confirms the Group’s development strategy in the United States, and its ability to position itself on complex high        value-added projects to which it is able to contribute all its expertise.”

This contract is the second awarded to Bouygues Construction in Miami. In the context of a thirty-five year public-private partnership, the Group is currently constructing the undersea road tunnel that will provide access to the city’s port.

Since 2008, Bouygues Construction’s expansion in North America has been based on major amenity and infrastructure construction projects. In Canada, it handed over the headquarters of the Royal Canadian Mounted Police in Surrey, British Columbia, in 2012, and it has won a contract to build a number of sports stadiums in Ontario for the 2015 Pan American Games.