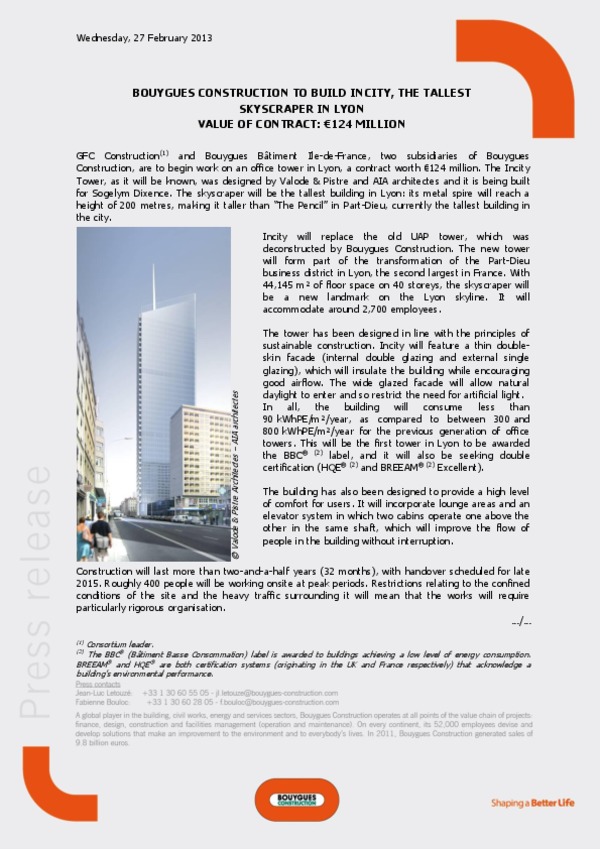 GFC Construction(1) and Bouygues Bâtiment Ile-de-France, two subsidiaries of Bouygues Construction, are to begin work on an office tower in Lyon, a contract worth €124 million. The Incity Tower, as it will be known, was designed by Valode & Pistre and AIA architectes and it is being built for Sogelym Dixence. The skyscraper will be the tallest building in Lyon: its metal spire will reach a height of 200 metres, making it taller than “The Pencil” in Part-Dieu, currently the tallest building in the city. 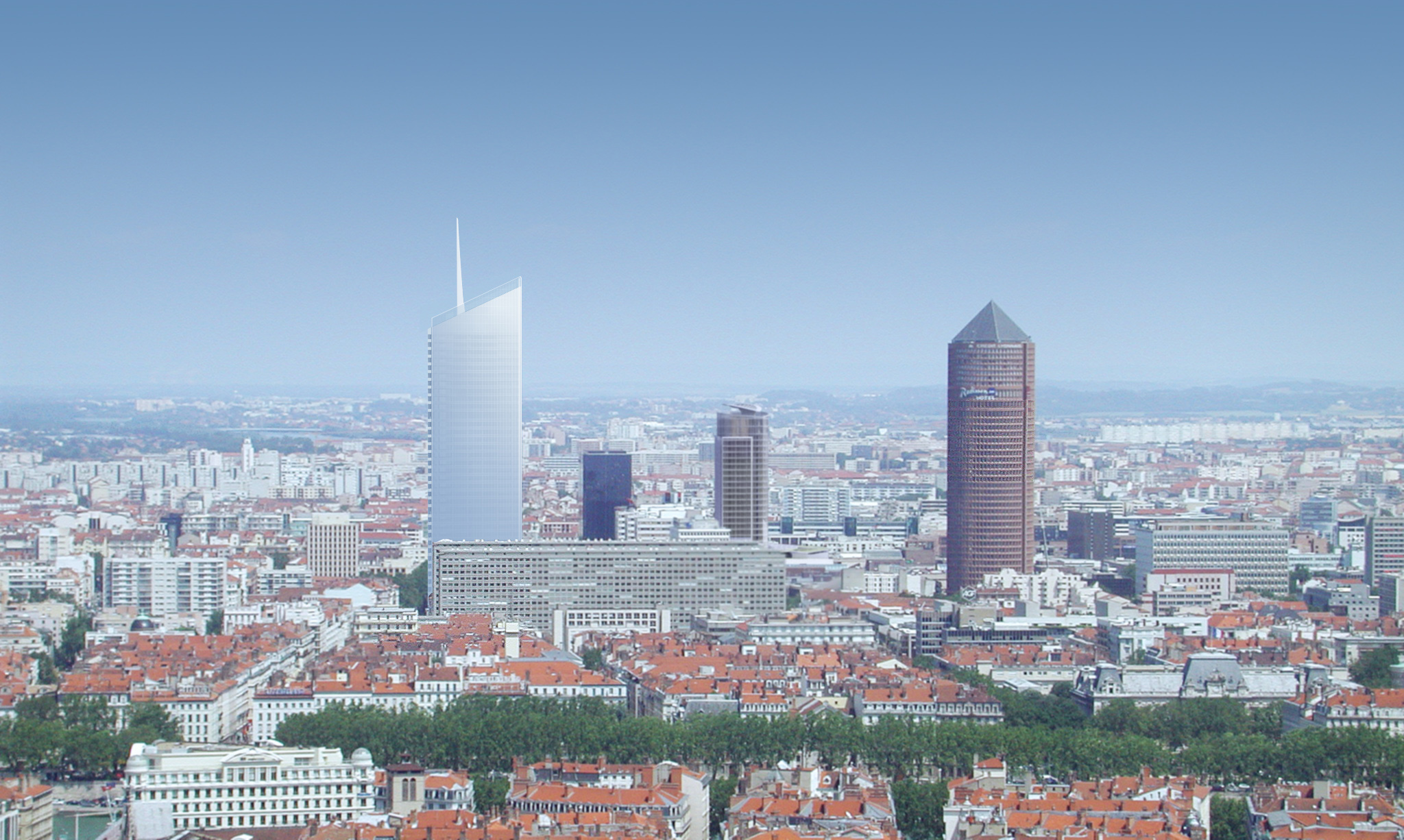 ​
Incity will replace the old UAP tower, which was deconstructed by Bouygues Construction. The new tower will form part of the transformation of the Part-Dieu business district in Lyon, the second largest in France. With 44,145 m² of floor space on 40 storeys, the skyscraper will be a new landmark on the Lyon skyline. It will accommodate around 2,700 employees.

The tower has been designed in line with the principles of sustainable construction. Incity will feature a thin double-skin facade (internal double glazing and external single glazing), which will insulate the building while encouraging good airflow. The wide glazed facade will allow natural daylight to enter and so restrict the need for artificial light.
In all, the building will consume less than 90 kWhPE/m²/year, as compared to between 300 and 800 kWhPE/m²/year for the previous generation of office towers. This will be the first tower in Lyon to be awarded the BBC® (2) label, and it will also be seeking double certification (HQE® (2) and BREEAM® (2) Excellent).

The building has also been designed to provide a high level of comfort for users. It will incorporate lounge areas and an elevator system in which two cabins operate one above the other in the same shaft, which will improve the flow of people in the building without interruption.

Jean-Claude Condamin, Chairman of Sogelym Dixence, said: “I have enjoyed a relationship of trust with the directors of the Bouygues Construction Group for many years. We have managed to create a partnership together based on mutual esteem and respect on the part of both teams. I am particularly happy to be building Incity, an emblematic project for Lyon, with the Bouygues Construction Group.”

Following the handover of the First Tower (the tallest building in France) in 2011 and numerous other projects in France and other countries, this contract is confirmation of Bouygues Construction’s expertise in very tall buildings. The Group has built several skyscrapers at La Défense, the Oxygène Tower in Lyon, and such residential complexes as The Sail@Marina Bay in Singapore and The Met in Bangkok, Thailand. It is currently constructing the Athena Tower at La Défense, the tallest skyscraper in Thailand, a property development including nine office towers in Qatar (QP District), several luxury apartment complexes in Singapore and the Trade and Industry Tower in Hong Kong.

(1) Consortium leader.
(2) The BBC® (Bâtiment Basse Consommation) label is awarded to buildings achieving a low level of energy consumption. BREEAM® and HQE® are both certification systems (originating in the UK and France respectively) that acknowledge a building’s environmental performance.