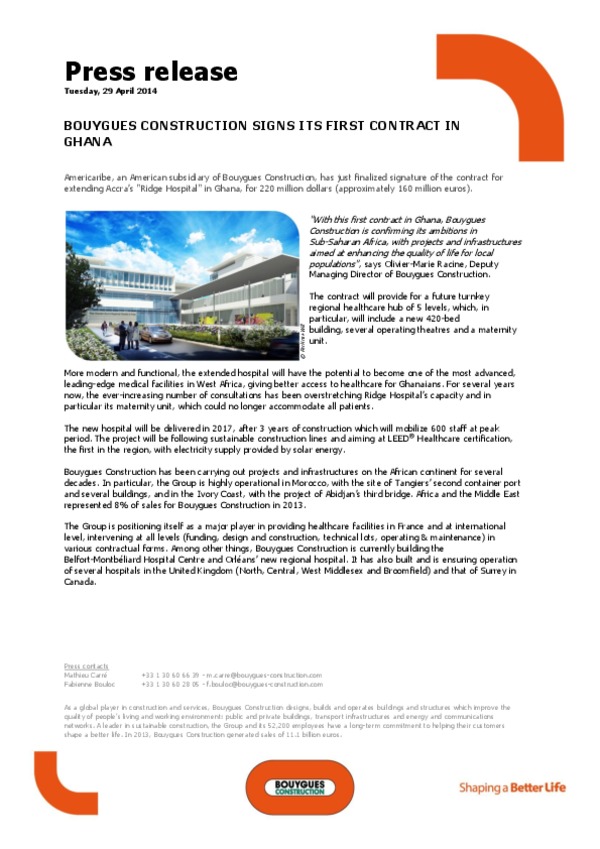 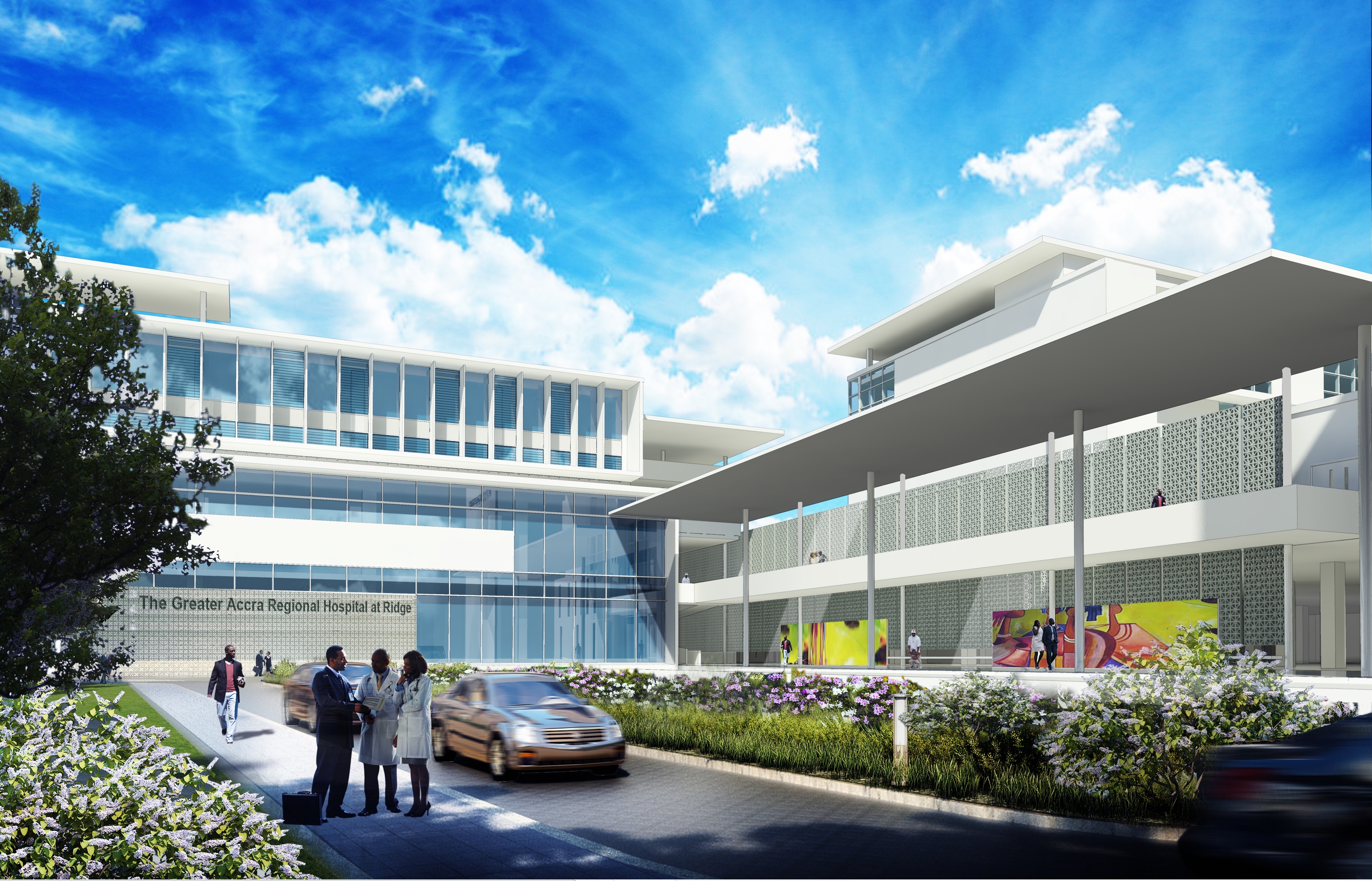 With this first contract in Ghana, Bouygues Construction is confirming its ambitions in
Sub-Saharan Africa, with projects and infrastructures aimed at enhancing the quality of life for local populations", says Olivier-Marie Racine, Deputy Managing Director of Bouygues Construction.

The contract will provide for a future turnkey regional healthcare hub of 5 levels, which, in particular, will include a new 420-bed building, several operating theatres and a maternity unit.

More modern and functional, the extended hospital will have the potential to become one of the most advanced, leading-edge medical facilities in West Africa, giving better access to healthcare for Ghanaians. For several years now, the ever-increasing number of consultations has been overstretching Ridge Hospital’s capacity and in particular its maternity unit, which could no longer accommodate all patients.

The new hospital will be delivered in 2017, after 3 years of construction which will mobilize 600 staff at peak period. The project will be following sustainable construction lines and aiming at LEED® Healthcare certification, the first in the region, with electricity supply provided by solar energy.

Bouygues Construction has been carrying out projects and infrastructures on the African continent for several decades. In particular, the Group is highly operational in Morocco, with the site of Tangiers’ second container port and several buildings, and in the Ivory Coast, with the project of Abidjan’s third bridge. Africa and the Middle East represented 8% of sales for Bouygues Construction in 2013.

The Group is positioning itself as a major player in providing healthcare facilities in France and at international level, intervening at all levels (funding, design and construction, technical lots, operating & maintenance) in various contractual forms. Among other things, Bouygues Construction is currently building the
Belfort-Montbéliard Hospital Centre and Orléans’ new regional hospital. It has also built and is ensuring operation of several hospitals in the United Kingdom (North, Central, West Middlesex and Broomfield) and that of Surrey in Canada.