On Monday, October 6, the Group’s Chairman and Chief Executive Officer, Yves Gabriel, presented the prizes for the 5th Bouygues Construction Innovation Competition. The ceremony, which was held at the Group’s head office, Challenger1, formed part of Bouygues Construction’s Campus Innovation, a major two-day event that brought together employees and more than 400 customers and partners and featured seven round table discussions and more than forty-five stands.


Yves Gabriel, Chairman and Chief Executive Officer of Bouygues Construction, commented: “The success of the Innovation Competition demonstrates the commitment of all our employees to our drive for innovation. This commitment is essential if we are to meet the challenges posed by the revolution that is under way in the construction sector, characterised at one and the same time by the rapid development of digital in our business processes and by the need to integrate the changing expectations of the users of our buildings and structures into our approach.” 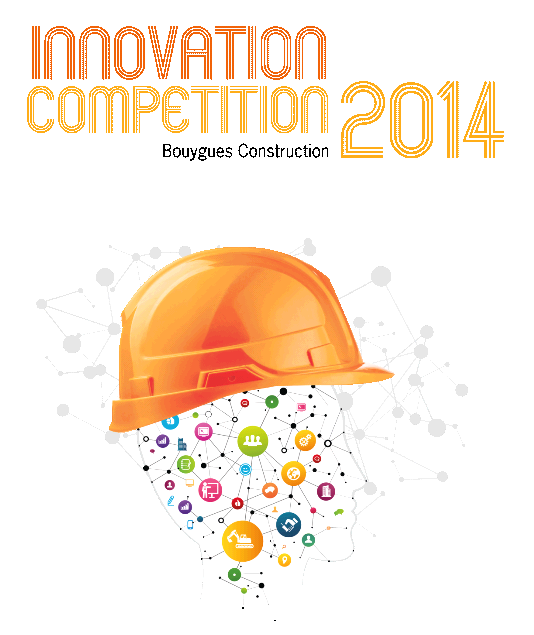 ​
Held every two years, the Innovation Competition rewards the best inventions submitted by Group employees, both in France and in other countries, in all our businesses. The operation has met with growing success: almost 2,000 employees took part in the competition in 2014, double the number that took part in the very first competition back in 2006.
A shortlist was compiled by a panel of acknowledged experts from both inside and outside Bouygues Construction, and was submitted by the R&D and Innovation Committee to a jury made up of members of the Group’s General Management Committee. Out of a total of approximately 900 entries, 38 won prizes. Some new ideas have already been put into operation on construction sites, and information on all of them will be circulated throughout the whole Group.

The following innovations were among the prizewinning projects:
The hybrid tunnel-boring machine (TBM) is a mix between earth pressure and mud pressure types of TBM, which allows it to adapt to a wide variety of ground types along the drilling path.
The multi-diameter TBM can dig tunnels whose section varies.
This is a new type of precast module highly suited to certain types of housing (student bedrooms, hotel rooms, etc.), allowing modular construction. It will mean reduced costs and delivery times and increased quality of the finished product, while creating better working conditions on the construction site.
This unusually shaped hammer allows precise working in nooks and crannies that are difficult to reach using a traditional hammer. It is also safer and easier to use.
This prize rewarded two geomarketing initiatives enabling the interactive visualisation of a local authority’s amenity needs (street lighting, fibre optics, swimming pools, etc.) and generates presentations for the customer.

This connecting sleeve for high-density polyethylene (HDPE) tubes is intended for the world’s longest buried 225 kVA power line. It is produced in a mini-plant temporarily installed on the site. In addition to direct
benefits in terms of manufacture, transport and implementation, it also reduces the environmental impact of
the construction site (CO2, pollution).
These are two innovative developments for producing formers used in construction. In the first innovation, traditional materials (generally timber) are replaced by aluminium, which is very lightweight and can easily be reused from one site to another. In addition, this new type of former is very ergonomic thanks to integrated pre-fixing which makes it much easier to install in the formwork. The second innovation is intended to resolve the recurrent problems encountered when installing door- and window-frames and pouring concrete onto them.
This is a system for checking personnel on a construction site based on the use of tablets or smartphones that scan cards with QR codes. The use of “smart glasses” is also being considered.
The aim of this Hackathon (a collaborative computer programming challenge) was to develop prototypes of innovative applications based on controlling energy demands and the uses of energy in apartments, in two days.

In addition, several special awards were presented this year:
For several years now, the Group has been committed to a dynamic approach to innovation with a view to inventing the city of tomorrow alongside its partners, seeking to provide all its stakeholders with sustainable solutions, whether societal or technical.
Each year, Bouygues Construction devotes half of its R&D and innovation budget to sustainable construction, to design new uses, improve the performance of materials and equipment, guarantee safety, optimise construction times, and reduce environmental impact.
The Group is in no doubt that digital modelling is the future and that it represents a major source of progress. It has also undertaken a process of modernising its businesses to meet the new challenges of construction, in which BIM (Building Information Modelling) is playing a key part in the shift to more industrial construction methods, allowing us to significantly reduce lead times and costs, which will be in everyone’s interest.